VanDerveer adjusts her plan to align with players' strengths.

Remember last season’s remake of the women’s basketball team? Goodbye to the offense that relied on inside strength, hello to more quickness and creating more shots from all around the floor. This season, says coach Tara VanDerveer, it’s “a remake of the remake.”

VanDerveer, who has been at Stanford since 1985 (with one season away as Olympics coach) is overseeing a deep remodeling, minus established stars but packed with potential. When she thinks about what used to be, the names that tumble out span 25 years of power players who could own the territory in the post positions nearer to the basket.

“We’ve gone from being basically an extremely post-centric team with Jayne Appel (’10), Nneka (’12) and Chiney (’14) [Ogwumike], Brooke Smith (’06), Val Whiting (’93)—I mean, I could go back through all the great post players that we’ve had. Anita Kaplan (’95), all those. And we’ve gone then to more of a guard-oriented team. But then we kind of retweaked it,” VanDerveer says.

The key adjustment is to take as much advantage as possible of junior Erica McCall’s scoring ability and leadership. VanDerveer notes that the top scorers last year were guards. This season it could be McCall, a rapidly maturing 6-foot-3 forward known to her coaches and teammates as “Bird.”

Playing in 10-minute quarters instead of 20-minute halves is new to NCAA women’s play this season, and Stanford’s offensive aspirations are lofty: The Cardinal topped 80 points just twice in its first seven games (but won six of them). Junior guard Lili Thompson, a 5-foot-7 three-point deadeye, was averaging the most points (19.3), but McCall was the force VanDerveer expected as the second most potent scorer (14.3), the dominant rebounder and a shot-blocking defender.

Just as significantly, perhaps, the season’s early games highlighted how much overall talent is at VanDerveer’s disposal. Junior guard Briana Roberson and freshman forward Alanna Smith both had games in which they led all scorers, and nine players had accumulated significant game time. Now comes the challenge of the Pac-12, whose regular season takes up all of January and February. 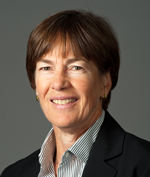 When Stanford talked to Tara VanDerveer, it was mid-November. We asked her what fans should see from her team in January if everything is jelling. Here’s what she said, noting that she was reminded of watching tag-team wrestling with her dad. She wants her players subbing in, as needed, in the same way:

“They should see us running the floor really well, really hard.

“They should see very aggressive defense.

“And they should see a minimum of eight—hopefully, nine or 10—people playing major time. That will mean we’re going in the right direction. I call it tag team. . . . If we’re playing that way, then they’ve listened, and we’ve gotten through to our team.”

Back Down to Earth

Two years later, balloon cameras turn up in the desert.

Eating Away at Plastics Pollution

The Arts, Every Day