The Need for Speed

A former Cardinal athlete coached NASCAR pit crews into racing shape—and made the sport even faster.

As he recovered from back surgery in the winter of 1991, Andy Papathanassiou was coming to grips with the end of his sports career. Then a NASCAR race popped up on his TV. A former offensive guard on the Stanford football team as well as a shot putter and discus thrower for Cardinal track and field, Papathanassiou, ’89, MA ’90, noticed something familiar about the pit stops. 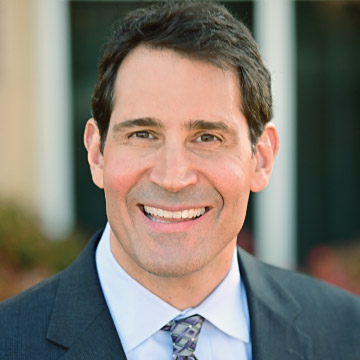 “I saw this uniformed group performing this coordinated team activity in competition with other teams, with one group ultimately helping bring their car to the winner’s circle with high-fives and Champagne and all that,” he says. “It clicked for me as an athletic event, not a mechanical event.”

Within a few months, Papa, as he is known, had sneaked into the garages at Sears Point Raceway (now called Sonoma Raceway) to experience a race weekend, quit his sales support job at Oracle, moved to North Carolina and caught on with a NASCAR pit crew as a jackman. At the time, pit crews were mostly made up of mechanics, who pit crewed in their spare time. Pit-stop practice was unheard of.

That would change when Hendrick Motorsports hired Papa near the end of the 1992 race season to be NASCAR’s first-ever pit crew coach. Working for newcomer Jeff Gordon’s car, Papa implemented athletic concepts such as practice, fitness training, team building, injury rehab, nutritional support, video review and recruiting. Some old-timers scoffed—but not for long.

As Gordon’s time in the pits dropped and his successes mounted—he was Rookie of the Year in 1991 and 1993 and won NASCAR championships in ’95, ’97, ’98 and ’01—the rest of NASCAR followed Papa’s lead. Thirty years later, typical pit stops have dropped from 19 to 11 seconds, and pit crews, now five people instead of eight, are largely staffed by former college athletes who have gone pro in a sport they’d never envisioned. “They have to reinvent themselves,” says Papa, “because nobody plays pit crew when they’re 8 years old.”

The number of PIT STOPS in a NASCAR race varies from three to 15 or so, depending on race length, course type (oval vs. road), age and texture of the track, team strategy, and caution flags. For a 10-month season, with 39 races in 19 states, top pit athletes can make over $200,000. The SPORTS that tend to feed pit crews—football, wrestling, hockey, baseball—bring advantages and disadvantages to pit road, says Papa. Football players understand teamwork but need to check their aggression. Wrestlers are appropriately deliberate but must learn there’s little room to improvise. A pit stop has a football feel to it—loud, with frenzied bursts of choreographed action—but it’s really more like golf, says Papa. “You have to hit the same stroke over and over, and you have to maintain a calm state, even though you’re about to perform a very physically demanding task.” 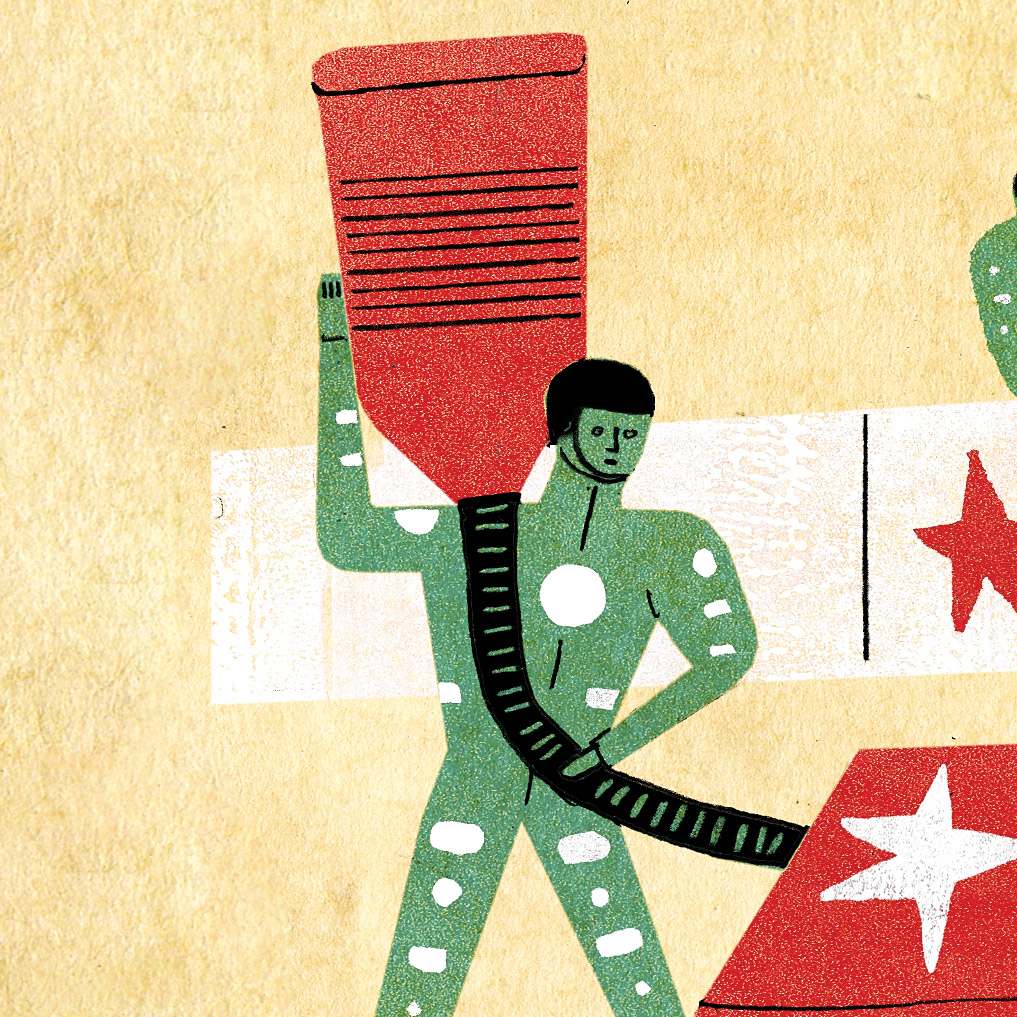 The FUELER ranks are full of tall former offensive linemen. Why? The job includes positioning and holding up two 82-lb. fuel cans while executing fancy footwork to exchange the cans, set the plug properly, dodge the tire changers and avoid spraying fuel. “The fueler is the guy who can blow everyone up,” says Papa. 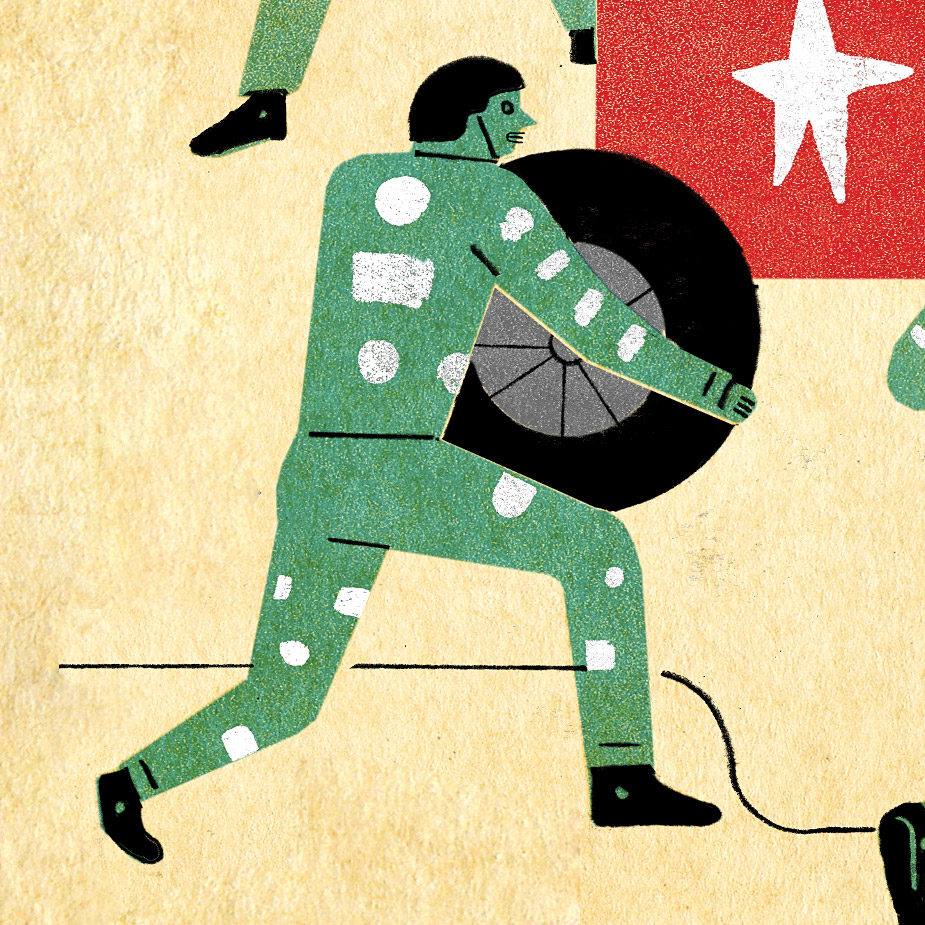 The TIRE CARRIER has to jump over the wall and sprint while carrying two 45-lb. tires. Think linebacker or fullback. He drops off the tire for the right front and then runs to the rear, where he positions a new tire and rolls the old one to the wall so it’s out of the way. He also makes quick adjustments to the rear springs and to the tape that restricts airflow into the grille. 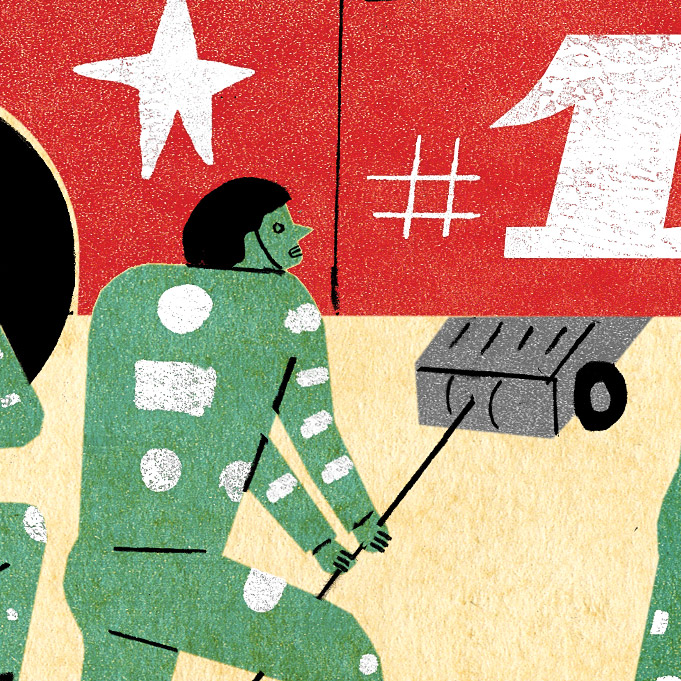 The JACKMAN needs a linebacker’s combo of strength, size and speed to steer a 27-lb. jack into position and lift the car in one stroke. He then places a new front tire into position for a tire changer. He repeats his moves on the wall side of the car, positioning a new rear tire. Once the tires are on and fueling is complete, he drops the car and pulls the jack, which signals the driver to go. 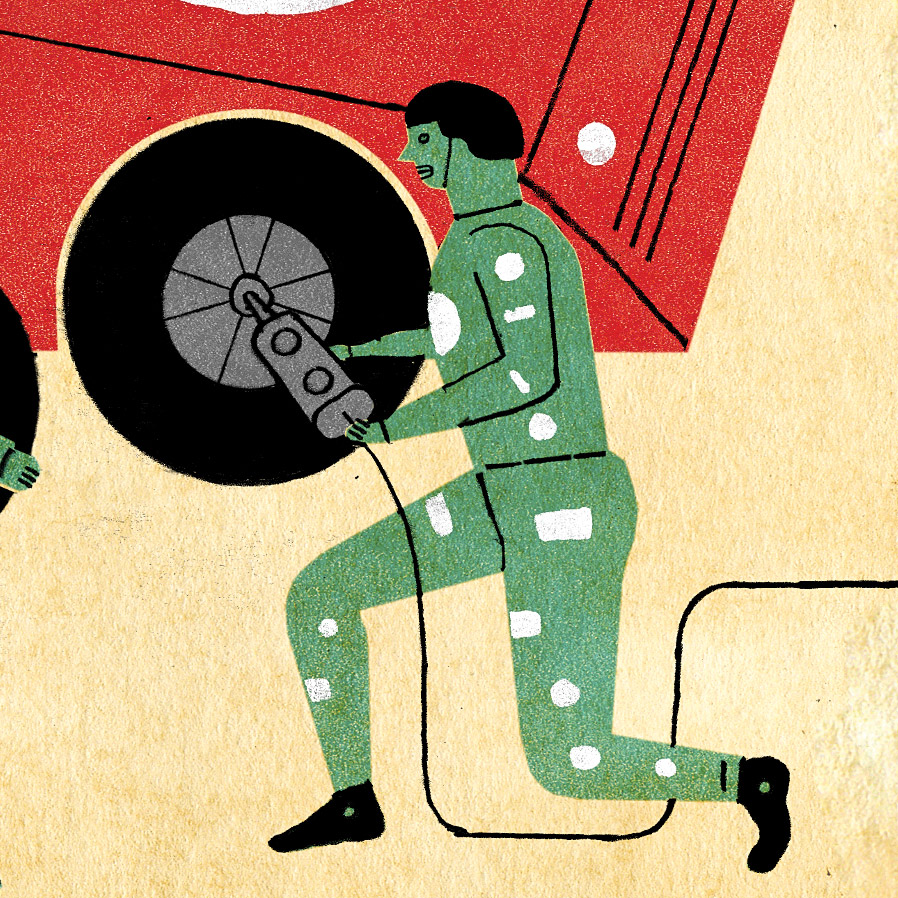 The main task for the two TIRE CHANGERS is to bolt the tires to the car—in seconds. Quickness, hip flexibility and hand-eye coordination are key; long arms are a plus. Hockey goalies, shortstops and second basemen make great tire changers—if they have a deft touch. “The lugs have to be on tight enough that they don’t loosen but not so tight that you waste time getting them off on the next stop,” says Papa.

‘People Are Waiting for Our Message’

Behind the tech that is connecting farmworkers with aid.