The Man They Called Danny

To the millions who watched his story unfold, slain reporter Daniel Pearl was a symbol of loss and national grief. To those who knew him, he was much more. 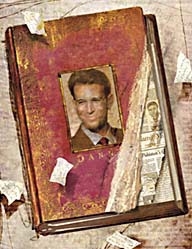 The file "JOURNALIST1" on my computer, created after the war in Afghanistan began, is a disjointed record of the fears and losses of the last several months. It begins with notes about journalists in Afghanistan and the dangers they face. It was open when the father of John Tipping II, a firefighter who died in the World Trade Center, called to talk about his son for a thumbnail portrait in the New York Times. So it continued with notes about a fireman.

The same file was on my screen January 24 when a call came from Steven Goldstein, Dow Jones’s corporate spokesman. He told me that Daniel Pearl, the Wall Street Journal’s South Asia bureau chief, was missing. “Journalist1’’ soon filled with notes about Daniel Pearl’s work and his life and details that reflected the painful uncertainty about his fate. Finally, it recorded the even more painful certainty: Pearl’s death at the hands of Pakistani kidnappers. A videotape sent to the American Embassy a month after his capture showed a knife wound near his heart, evidence of his gruesome execution. The kidnappers then videotaped the mutilation of his body.

The prolonged uncertainty, the geopolitical importance of a crime calculated to embarrass Pakistan’s president as he aligned himself with the United States and, finally, the kidnapping’s barbaric conclusion, guaranteed an audience of millions. Many of these became captivated by the man they called “Danny.”

His smile was beguiling, a lighthearted challenge to any person or institution that took itself too seriously. His eclectic embrace of people and ideas led him into journalism, into myriad friendships, into all kinds of music and into marriage with a French citizen whose blithe spirit mirrored his own. It is no surprise that he is better known than the other journalists in the “Journalist1’’ file, better known than John Tipping II and most of those killed on September 11. The country and the world mourned, hard, for the thousands who died that day, and for all that was lost with them. But people did not just mourn Daniel Pearl. They claimed him for their own.

When word of Pearl’s death was broadcast on February 21, Vera Katz started scrambling around her home in Venice, Calif., looking for a piece of paper she had brought with her when she emigrated from Moscow in 1987. It was stored with other random scraps in a memory book she kept in a drawer. Scribbled on it were two names: Danny Pearl and Craig Sherman. In 1986, a year after the two boyhood friends graduated from Stanford, they reunited for a trip around the world. Sherman had become disenchanted with his stint in Volunteers in Asia. Pearl was working at a fast-food restaurant in Sun Valley, Idaho, to support his skiing habit. They got visas for a few countries, including the Soviet Union, where, without much planning, they stopped in Leningrad. There, they met with Jewish refuseniks who had been denied exit visas to leave the country. The Leningrad couple, as Sherman remembers it, gave them the address of Vera and Semyon Katz in Moscow.

The piece of yellowing paper squirreled away in Vera Katz’s book was a memento of their visit. Beside each name was a telephone number. She called the one next to Daniel Pearl’s name shortly after his death was announced. Pearl’s sister Michelle answered. “I said to his sister, ‘I wanted to say thank you,’” Katz recalls. “He was trying to bring freedom. This adorable boy, this man.”

Daniel Pearl and Craig Sherman were two of dozens of pilgrims from America and Europe who came to Moscow, passing through apartments like the Katzes’ with words of support. But Katz remembers this visit as being different from the others. Asked why, she thought a little, struggling for the right English words. “First of all, he was listening very carefully. Second, he was a person who put the question—he asked, ‘What can help?’”

This adorable boy, this man. Craig Sherman’s home video showing Danny Pearl at the Katzes’ in Moscow and later on the trans-Siberian railroad was played on Larry King Live the night in early March when Pearl’s widow, Mariane, was interviewed. On the video, Daniel Pearl’s voice was audible, pitched higher than one might expect. Its timbre conveyed enthusiasm, intensity and boyishness. First of all, he was listening very carefully.

Millions now share Vera Katz’s sense of the man, but it is hard to say why they care. Yael Danieli, for instance, never met Daniel Pearl, but she, too, was drawn to him. And she studies such issues for a living: she is a clinical psychologist in New York. She says Daniel Pearl is too formal a name to convey her attachment. Why? “Because he is Danny. He looks at you with open eyes. He doesn’t look aside. It’s a particular way of positioning himself vis-à-vis the world that is so likable. He’s Danny.”

The whipsaw quality of the month in which he became famous—a month dominated by threatening e-mails, false and true, a Pakistani police investigation that first told of his death, then took it back—larded the crime narrative with layers of melodrama. But Danieli says no one needed coaxing to focus on Daniel Pearl. “What struck you was the innocence and the commitment.” He had hoped to find new ways to understand Muslim fundamentalists. Danieli says that after his death was confirmed, “I think people felt particularly hurt and betrayed. Here a person goes out to give you voice, and you silence him.’’

She adds, “He became a magnet for a lot of the feelings that we had as a community, as a nation, vis-à-vis terrorism, vis-à-vis the people who would do this to us. For the Jewish community there was no question—he is us.” The inchoate feelings of September 11, the images of thousands of faces like John Tipping’s, melded into one face, with the warm eyes and puckish smile of Daniel Pearl.

Before his abduction, Daniel Pearl was a clever reporter, known to hundreds of people who cared about him or were covered by him at the North Adams Transcript, the Berkshire Eagle, and in the Atlanta, Washington, London and Bombay bureaus of the Journal. After his abduction, Danny Pearl became someone else: every mother’s son, every unborn child’s father, every carefree student who finished college determined to do some good and have a good time at it, everyone’s smart, unpredictable, goofy friend. He was a Jew, killed, explicitly, as a Jew. He was a human distillation of all those who, in violent death, become props in the ghoulish theater of the modern era.

When Pearl’s death was confirmed, journalists wrote of the importance of his work. Newspapers in Israel interviewed his parents, Judea and Ruth, who are Israeli, and then claimed that the American-born Daniel Pearl, who had never carried an Israeli passport, was also Israeli. Mariane Pearl told Larry King that she has received hundreds of supportive e-mails. People have published open letters to her unborn son about the goodness of his father, following the word “father” with the obligatory incantation “whom he will never know.” It was uncomfortable, sometimes, for those close to him to see their son, brother and friend become public property, to see the writer’s life rewritten to fit the needs of others. His sister Michelle, ’91, says, “I felt odd and I felt a little angry. Everyone who’s ever met him has written about him.” But, she adds, “I understand the world needed this. He’s a symbol of whatever people want to co-opt him to be a symbol of, but most of all he’s a symbol of humanity. That shines through, even in just a picture.”

Now it is difficult to disentangle the symbol from the man. But it is important to do so. Because he was also himself: a bluegrass fiddler and a classical violinist. He was the late-night KZSU deejay whose show was its own kind of fusion—classical, jazz, heavy metal—and he was the budding journalist who started Stanford Commentary, a short-lived newspaper devoted to exploring different sides of contentious issues. He was the freshman who had long hair and a beard and a penchant for white shirts, giving him an almost Christlike look. He was the high school kid who loved Monty Python and would sit around for hours with Craig Sherman and their friend Daniel Gill inventing increasingly outré, British-accented insults—You pusillanimous twit—and he was the college graduate whose eager sympathy led Vera Katz to keep his telephone number for 15 years.

He was the student who, Sherman says, had one true prejudice—against what he deemed the arrogance and effeteness of the French—and he was the foreign correspondent bewitched into marriage by a Frenchwoman with a Cuban and Dutch past and Buddhist present. He was the reporter who disliked the obvious and riffed on facts to create unexpected articles, like the one about the Southern preacher selling bootleg telecom equipment to his flock.

Pearl was rich in intuition, less rich in organizational skills. He was responsible for covering the economy of the Southeast for the Journal, and one day, trying to meet a deadline, he left his notes in a telephone booth. He also left his boss laughing as he confessed that all those great quotes he had read to her over the telephone were gone. Shortly after Pearl’s kidnapping, I spoke to his old friend Daniel Gill. He happily spun an appealing and revealing fantasy about Pearl’s disappearance: Pearl was walking along the docks in Karachi, fumbling in his pockets trying to pick out bits of information. Distracted, he wandered up a gangplank onto a boat to China with no phone. By the time he found the notes on a Post-it on his shoe, it was too late to get off.

Jeffrey Sonnenfeld, a management professor at Yale who knew Pearl in Atlanta, says Pearl interviewed him about a dispute between Federal Express and UPS, then asked him to dinner. “He came out to a restaurant called The Treehouse,” says Sonnenfeld, an Emory University professor at the time. “Everyone in there is agelessly good-looking, and they all know each other. I warned Danny that it would be like that. But when he came in, he was wearing a t-shirt and shorts.” On the way to dinner, Pearl had pulled over and played pickup soccer with a group of strangers. “He sat down and was sweaty. So he changed his shirt,” Sonnenfeld says. “As people looked at him, he said, ‘What’s up? What’s the big deal?’ I loved him immediately.”

Sonnenfeld became part of what he describes as “Danny’s entourage,” following him to everything from reggae bars, where Pearl played the fiddle, to bluegrass festivals to Jewish singles nights to the Scarlett O’Hara Ball. Everywhere, Pearl would strike up conversations with incongruous people—young Jewish men in outdated Saturday Night Fever shirts and chains, would-be belles who talked about the expensive cars they wanted their future husbands to drive, bikers at biker bars, business executives at posh hotels. “Most of the people I knew at Emory wouldn’t park their car in places where Danny would go on his bike and play basketball in a pickup game with people who’d be completely charmed by him.”

Sonnenfeld adds, “Those of us who knew him well seemed naively hopeful when [the kidnapping] happened, because we believed Danny would be able to charm his way out of it. Somehow we had this faith in Danny, that he’d be able to do that. It was a rational belief, if you knew him.”

Felicity Barringer, ’72, writes about the press for the New York Times.

Why Reporters Risk It

Why Reporters Risk It

A Day on the Farm

The Trouble with Dating

Even at college, courtship keeps getting more complicated.