To commemorate the 100th Big Game, we started at the very beginning. 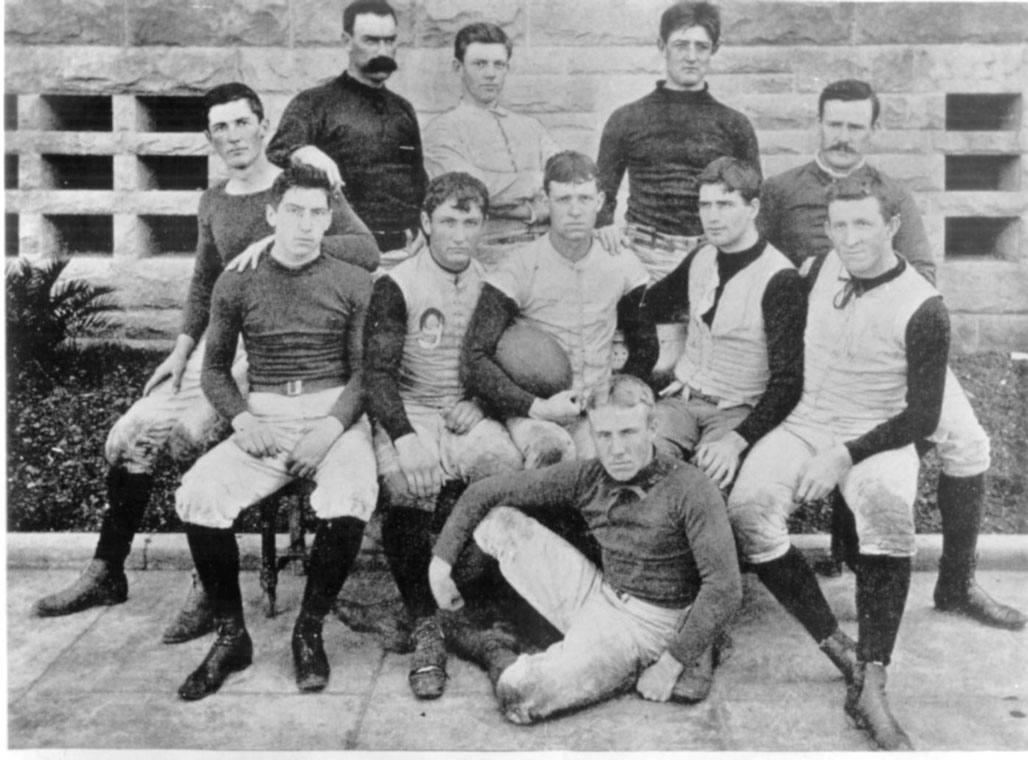 Big Game history is peppered with bizarre endings, but its beginnings were equally unlikely. It was 1891, and Stanford's first students had just arrived. Only one of the 559 had ever played football--John Whittemore, a senior from Washington University. His fellow students quickly drafted him to captain a team that had no coach, no playing field, not even a football.

When the 10-year-old Berkeley team got wind of Stanford's efforts, its manager proposed a Thanksgiving match. Whittemore put them off until spring. By the time the teams met on March 19, 1892, the Stanford players had mastered an array of tactics, notably a deceptive double-pass. Their astounding 14-10 win was a triumph of brains over brawn.

By the 1920s, the rivalry was legendary. Big Game had survived a nine-year detour into rugby and a three-year cold war between the two schools over a rules dispute. It also sparked friendly hostilities in other areas, serious and silly. Who could build a stadium fastest? Stanford, in five months. Whose alum would convince the California legislature to put his school's colors on the state flag? Not ours.

Along with the rivalry came the rituals and symbols of autumn. The bonfire, once sacrosanct, inspired one freshman class to spend a month hauling wood--and then to do it all over again when the huge pile ignited prematurely. And, of course, there's the Axe, the trophy of Big Game, which has been stolen so many times that it now sits in a burglar-proof case on the campus of the winning team.

This month marks the 100th Big Game--one each November, except for two in 1892 and a hiatus during World Wars I and II. Much has changed since that first year, but the hallmarks of the contest were there from the start: grit, ingenuity, fervor. And always unpredictability. The first contest began 1 hour and 11 minutes late because no one had brought a ball.

Pranks for the Memories

The Nature of the Beast

What do baboons and flannel shirts tell us about "the human predicament"?