The Faker’s Quick Guide to Wine 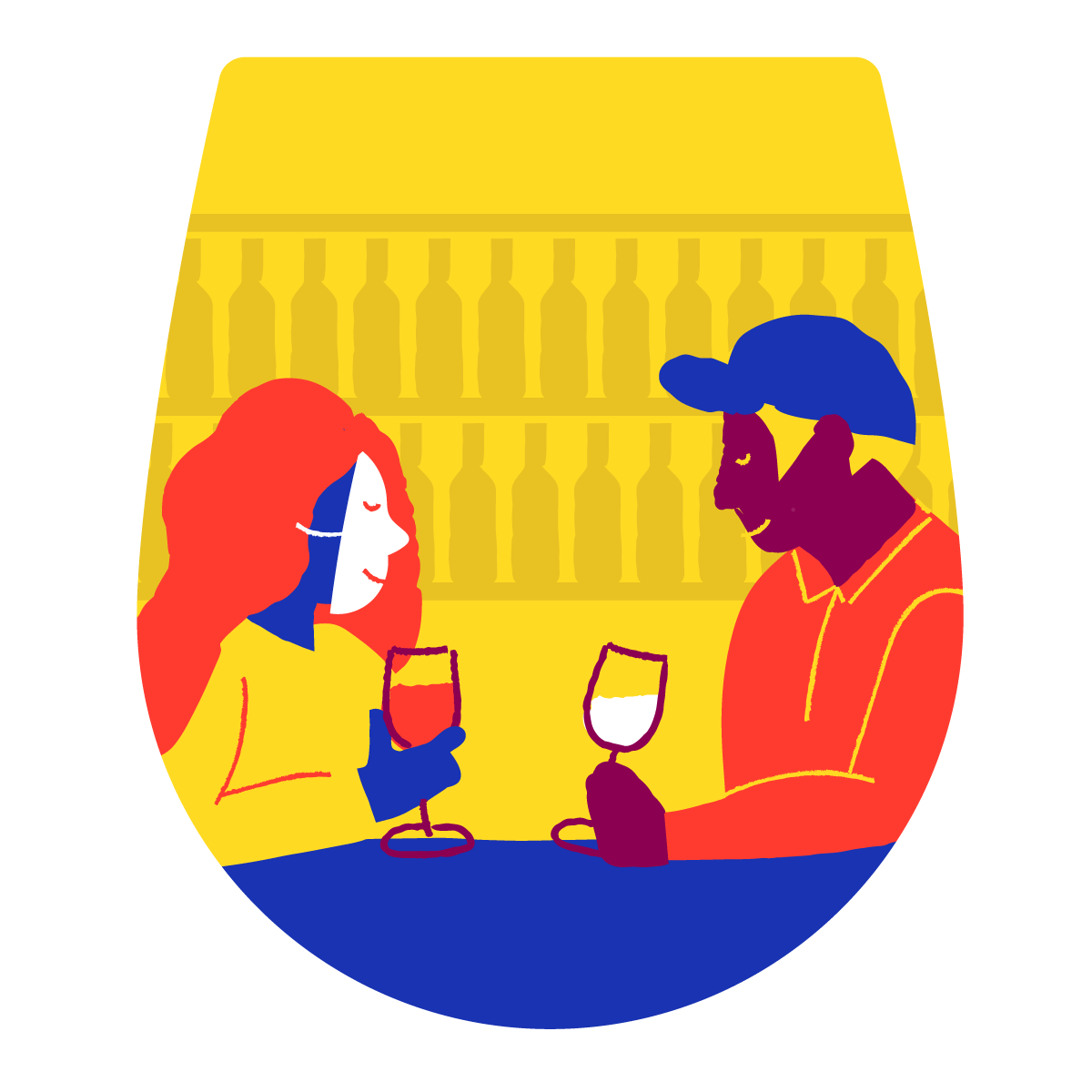 If you’ve got a case of impostor syndrome when it comes to selecting wine, you’re not alone. Mark Oldman, ’91, MA ’93, JD ’98, internet entrepreneur turned wine expert and author of How to Drink Like a Billionaire: Mastering Wine with Joie de Vivre, sat down with Stanford Alumni Association president Howard Wolf, ’80, to answer everything you wanted to know about wine but were afraid to ask. Here are nine things you should know about choosing, purchasing and enjoying wine—at a price that fits your budget.

It’s fine to break the rules.

Sure, there’s some basis for the idea of drinking red wine with red meat and white wine with chicken or fish, Oldman says. But you won’t look ignorant if you don’t follow the rules. “The cardinal rule of food and wine pairing is you don’t want the food to obscure the wine or vice versa. You don’t want your delicate fillet of halibut being bludgeoned by a big rich cabernet sauvignon, or the opposite,” he says. “But here’s the dirty little truth: I drink almost any wine with almost any food, and I’m not complaining too much.” In fact, Oldman says, the people who are the most relaxed about breaking the rules around wine are the ones at the very top of the industry.

We all tend to stay in our comfort zone when it comes to wine, Oldman says, and we’re missing out on a golden age of wine selection. “There have never been so many regions producing such good wine, and many of them are a fraction of the cost of the big-name regions,” he says. So don’t stick with wines from Bordeaux or Napa only because you recognize the pedigree.

“Have Tinder tendencies. Scroll through the [restaurant] wine list verbally with the server. Say, ‘That sounds good; what else?’ Then go with the wine that sounds the coolest,” he says.

While you’re at it, don’t mistake blends for bad or adulterated wines. “It’s not like filler in a crab cake. Good blended wines are complex, delicious and highly desirable.”

Buying quality wine doesn’t have to mean spending a lot of money. “There’s a misconception that the more you spend, the more flavor you’ll get or the more happiness it’ll bring you,” Oldman says. But you can buy a bottle of great wine for $15 to $20 retail. His recommendations: a sauvignon blanc from Chile or New Zealand, if you’re looking for a white wine; and a cabernet sauvignon, merlot or syrah from Washington state, a Côtes du Rhône from France, or a cabernet sauvignon or carménère from Chile, in the red category. 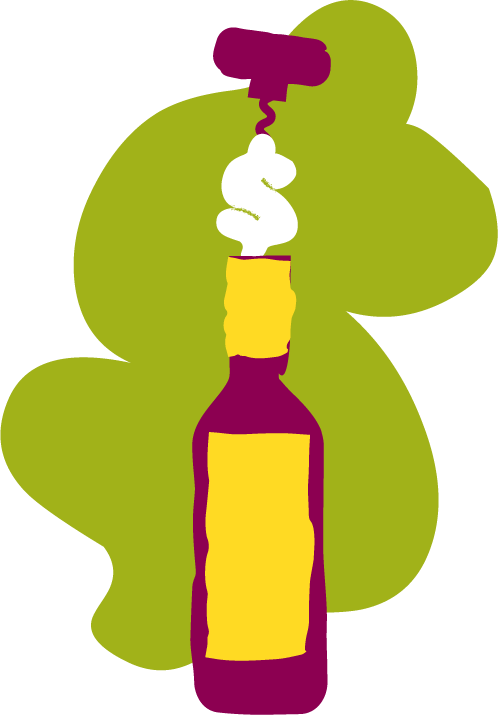 For varieties that are less common and more difficult to make—a great Bordeaux or a Napa cabernet, for example—you may need to spend $40 to $60 to get a great bottle. “To some extent, you’re paying for more quality, but that tapers off quickly,” Oldman says. “After that, you’re paying for something else—the rarity, the scarcity, the story, the marketing.”

Which means it’s totally OK to order the cheapest bottle on the menu.

“If you’re in a restaurant that you think has wine integrity—there are intelligent and simple descriptions of each wine on the menu, or the server really seems to know their stuff—then you can trust the least expensive wine on the list,” Oldman says. It’s going to be good. “In many cases, it’s what your server or sommelier is drinking when they’re off work.”

And it’s all right to talk about price.

You might do well to avoid talking about politics and religion at the table, but money’s not a taboo topic when it’s time to order the wine. “There’s no shame in talking openly about price, either with your table mates or with the waiter,” Oldman says.

And don’t confuse the best value with the best price, he adds. “To the sommelier, the $150 wine might be the best value on the menu because it tastes as good as the $300 bottle. It’s absolutely fine to say you want a bottle that’s among the least expensive on the list.”

When in doubt, go for the foolproof.

If you find yourself ordering a bottle of wine for a group of people with different tastes (and different entrees), there are some fail-safe wines that Oldman says appeal to most people and bridge the foods we’d normally associate with white and red.

“A richer white, like a pinot gris from Oregon or an unoaked chardonnay, or a lighter red, like a pinot noir or a Rioja, can operate in the middle of the spectrum in terms of food and wine pairing. If I’m with a table and some people want white and some want red, I’ll often go with a lighter red,” Oldman says.

Don’t stress about “approving” the wine.

Well, you’ve ordered a bottle. Now what? Relax. It took Oldman years to learn this, he says, but nobody expects you to say something erudite or knowledgeable about the wine when the server presents it to you. All you have to do is give it a thumbs-up or a thumbs-down. And really, the primary reason you’d give it a thumbs-down is if it’s corked (i.e., spoiled by a tainted cork, which can happen to any wine at any price). How will you know? It will smell like wet cardboard or a musty book. (And if a bottle of wine you bought and opened at home turns out to be corked, you can return it to the store.)

Swirling may feel pretentious to the self-conscious, but it isn’t just for show. When it comes to wine, smell is your most important sense. “The olfactory organ is so sensitive, we can smell thousands of different things,” Oldman says. Think of the smell of rubber, or baking bread, or rain on pavement. Swirling wine around in a glass aerates it, releasing the vapors so you can get a better whiff. A little-practiced trick that further magnifies the smell, Oldman says, is to cover the glass with your hand while you swirl it, which traps in the vapors. Then tilt the glass toward you, take deliberate sniffs, and “appreciate the fruit essences, appreciate the signs of oak, maybe it’s vanilla or spice.” And if you’re not sure what you smell, don’t worry. Oldman says, “The more you do it, the better you get.”

It doesn’t take any special talents to start understanding wine, Oldman says. If you enjoy wine, you can develop a sense for the style you prefer. Start by noticing what you appreciate: Are there certain things you smell? Is it light or rich? Maybe you like wine that’s really smooth—or really bitter. “Some people like espresso, and some people like iced coffee with lots of half-and-half. Neither is the ‘correct’ taste,” Oldman says. “Wine enjoyment is very personal. Never feel embarrassed about liking what you like.”

How to Take Great Photos

Skills and gear sorted out in time for your vacation.