The Ethics of Election Coverage

A novel take on objectivity. 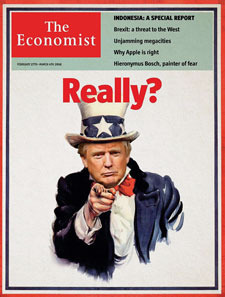 In his remarkably provocative commencement address, documentarian Ken Burns called on members of the Stanford Class of 2016 to put aside their political differences and work together to defeat Donald Trump. Without mentioning him by name, Burns portrayed Trump as unequivocally unqualified for the presidency. In an indictment we might expect from the leftist filmmaker Michael Moore, the politically mainstream Burns dismissed Trump as an “infantile, bullying man”; a “person who easily lies”; a candidate “who has never demonstrated any interest in anyone or anything but himself and his own enrichment.” While Burns said he has for decades “diligently practiced and rigorously maintained a conscious neutrality” in his work, “avoiding the advocacy” of many of his colleagues, he now believes that “there comes a time when I—and you—can no longer remain neutral, silent. We must speak up—and speak out.” Burns singled out journalists, “torn between a nagging responsibility to good journalism and the big ratings a media circus always delivers,” for failing “to expose this charlatan.”

But does Burns really want journalists to speak up and speak out, to abandon, at least in their dealings with Trump, their commitment to neutrality? Is he rejecting the ideal of the detached and disinterested reporter? Does he envision a press no longer steeped in the virtues of impartiality and objectivity? Does he plan to produce his own account of Trump-the-charlatan, something akin to the work of legendary CBS documentarian Edward R. Murrow, whom he mentioned approvingly; something, say, in the spirit of Murrow’s exposé of Wisconsin Sen. Joseph McCarthy, the charlatan of the 1950s? 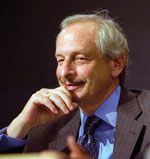 Campaign and election coverage almost always raises questions about the power and purpose of the press. Critics, like Burns, complain about an uncritical and passive press. Candidates, like Trump, complain about an unfair and biased press. If objectivity matters, no one appears to be happy with the way it works; there’s either too much of it, which renders the press incapable of identifying facts that aren’t true, or too little of it, which makes it difficult for the press to defend the norms of professionalism.

But maybe objectivity doesn’t—or shouldn’t—matter, at least not in ways it has in the past. Given all the changes in journalism associated with the recent and rapid computerization of communication, including, especially, the rise of social media as platforms for news and the decline in the number and size of newspaper newsrooms, we seem to be moving quickly away from what had been for decades the mainstay of American journalism (and objectivity’s principal client): the omnibus or “mass” press. Maybe the time has come to reconsider objectivity’s appeal and look elsewhere for a regulative ideal.

Indeed, the burden of objectivity weighs heavily on the American press. Understood as a set of beliefs with a corresponding set of practices, objective reporting has handicapped American journalism since at least the early 1900s. More so in the United States than anywhere else, journalists cling to its primitive epistemology and succumb to its impoverished sense of ethics. 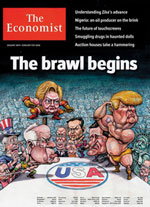 Objectivity and its co-conspirators—neutrality, impartiality, detachment, disinterestedness—rest on a crude version of a theory of knowledge and an understanding of “mental processes” that the philosopher Richard Rorty (who taught at Stanford in the 1990s and 2000s) describes critically as the legacy of a 17th-century view of the mind as a mirror of nature and knowledge as the quality of its reflection: “To know is to represent accurately what is outside the mind.” What undermines knowledge, it follows, is whatever interferes with the mind’s image—whatever, that is, “causes” the mind to “re-present” the world in inaccurate ways. “Without the notion of the mind as mirror,” Rorty points out, “the notion of knowledge as accuracy of representation would not have presented itself.”

The problem with this view of knowledge, as any seasoned reporter will acknowledge, is that a representation’s accuracy tells us nothing about its veracity.  Sociologist Gaye Tuchman described it this way: “Newspapermen regard the statement ‘X said A’ as a ‘fact,’ even if ‘A’ is false.” In its slim but significant 1947 report on A Free and Responsible Press, a blue ribbon panel of prominent intellectuals, funded by Time and Life publisher Henry Luce, made much the same point when it implored journalists to move beyond the literalness of objectivity: “It is no longer enough to report the fact truthfully. It is now necessary to report the truth about the fact.”

The literalness that objectivity invites also explains journalism’s cramped view of ethics, a commitment by journalists to account only for how they report, not what they report. In this triumph of form over content, objectivity presupposes a self-evidently meaningful world, independent and separate from any description of it, that journalists hope to capture with as accurate a representation—as distortion-free a reflection—as possible. Since facts and news and meaning aren’t the property of journalists but rather exist “out there,” waiting to be variously found, gathered, exposed or discovered, journalists can’t be held responsible for the substance of what they report. Over the years, this kind of thinking has led to all kinds of mischief, including two popular but unfortunate newsroom refrains: “The facts speak for themselves” (roughly, I’m not responsible for what my story says) and “Don’t blame the messenger for the message” (roughly, I’m not responsible for what my story means).

What might be an alternative to objectivity, a better way to understand the role and responsibilities of a free and independent press? 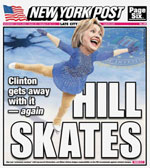 We might begin by understanding journalism as a creative enterprise and news as its creation. We might appreciate news as a genre of literature, a narrative form that, under its peculiar set of constraints, seeks to render the world meaningful and distinct. We might acknowledge journalists as writers whose stories interpret the world they live in and care about rather than as reporters whose reports describe a world to which they have no apparent commitment. We might describe what journalists write with the same sense of modesty Clifford Geertz uses to describe what anthropologists write: an “intrinsically incomplete” and “essentially contestable” account of the world. We might come to realize that, as Rorty insists, meaning endures in history, not in nature; there are no finally “correct” or “accurate” accounts of the world; all descriptions are interpretations in the sense that everything can be redescribed. We might also return to Ken Burns’s commencement address and misappropriate his description of history to depict news not as “a fixed thing, a collection of precise dates, facts and events that add up to a quantifiable, certain, confidently known truth” but “as a mysterious and malleable thing, constantly changing, not just as new information emerges, but as our own interests, emotions and inclinations change.”

Theodore L. Glasser is a professor of communication whose research focuses on press responsibility and accountability. He directed the Graduate Program in Journalism for 14 years.

The use of maps in teaching and research.