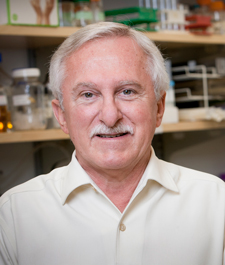 In 1963, a high school biology teacher told his teenage son Paul to "learn about this DNA stuff." Paul Modrich, PhD '73, followed his father's advice and now shares the 2015 Nobel Prize in Chemistry with colleagues Tomas Lindhal and Aziz Sancar, with whom he discovered how cells repair their DNA. Modrich, a biochemistry professor at Duke University, helped show how our mismatch repair (MMR) system fixes errors that arise during DNA replication. "It's sort of like a spelling checker [that] reduces the mutation rate in human cells," he says. Malfunctioning of the system is a cause of hereditary disease and cancer. The laureates' insights are likely to aid in the development of treatments for cancer and ills related to aging. 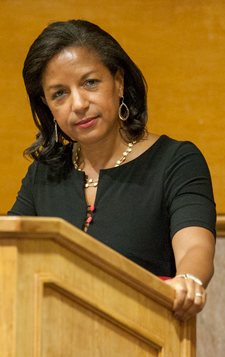 EXHORTATION FOR THE EARTH

Hosted by the Freeman Spogli Institute for International Studies, National Security Advisor Susan Rice, '86, visited campus in the fall to speak about the effects of climate change on U.S. national security. "[For] the better part of three decades, we failed repeatedly to treat this challenge with the seriousness and the urgency it deserves," Rice said. Now, the threats imperil "the health and safety of people on every continent." The dangers she enumerated for the United States include lost agricultural income due to drought; sea-level rise that could hobble our electrical and transportation infrastructure on the coasts; forest fires; growing competition for depleted food and water resources; the spread of disease; and increased demands on service members for roles such as patrolling new Arctic sea lanes, responding to humanitarian crises and dealing with escalating conflict around the world. 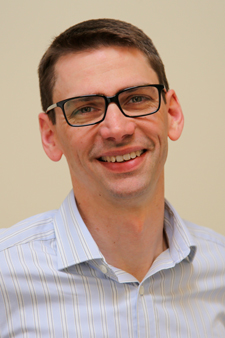 A SAVIOR FOR CYCLING?

Derek Bouchard-Hall, MS '94, remembers how frustrated he felt as a professional cyclist in the late '90s and early 2000s when, he says, doping was "rampant." Now he can do something about it: Bouchard-Hall became president and CEO of USA Cycling in June, and quickly vowed to crack down on doping in the sport through "more regulation" and by "changing the culture around it." So far, he has asked the U.S. Anti-Doping Agency to expand testing at the amateur level, and he's pressed international reg­­ulators to in­sti­tute harsher penalties. His strategy also entails com­mu­ni­cating clearly and widely that "doping is cheating, and it's wrong, and there's no tolerance for it." Bouchard-Hall joined the organization from Wiggle, a cycling-goods retailer, and he previously worked as a management consultant at McKinsey & Co.