The Allure of the Roaming Party

Campus wanderlust is strong among the student set. 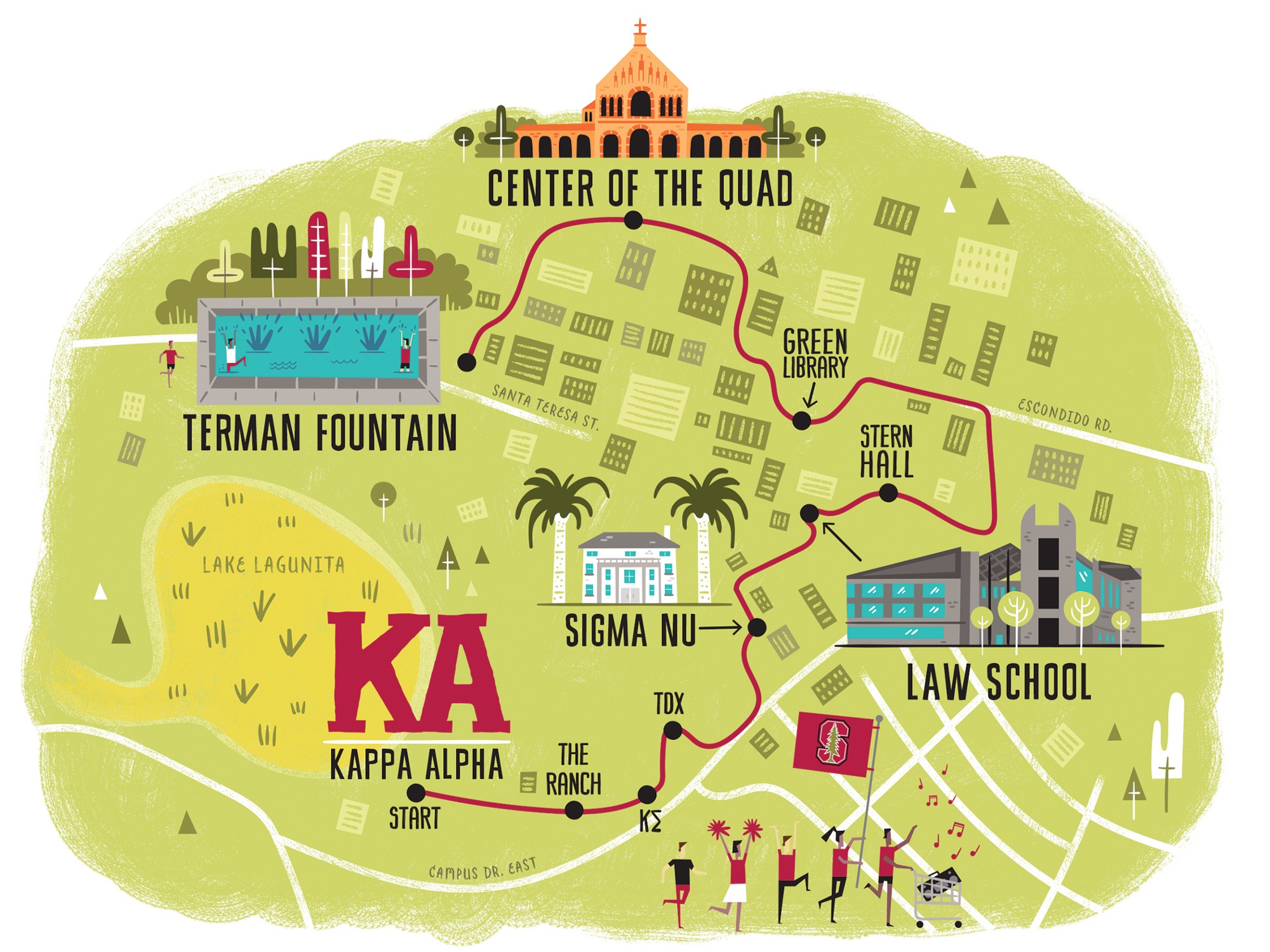 On the night before the end of finals, you hear the rumble of a boombox and the shrieks of students outside your dorm. You run outside to join the parade. The crowd grows as you all meander through the Row, the dorms, Green Library and the Quad, and end up at Terman Fountain, where people splash each other in the calf-deep water.

Known as Nomad, this end-of-quarter party is just one example of students’ affinity for parties that roam. Other favorites are Band Run, Co-op Crawl, fountain hopping and campus golf.

“Nomad was a great way of wrapping a bow on each and every quarter,” says Michael Phillips, ’16, a management science and engineering major who rarely missed the party. “It was like muscle memory around closing a quarter right.”

While Nomad inspires nostalgia for familiar places and faces, Band Run serves a different purpose. The Band ambushes freshmen during their first dorm meeting, whisking them off in a sprint through their new campus.

“It’s meant to push you into a situation in which you’re not necessarily comfortable and push you into parts of campus you haven’t seen before,” says Drew Bassilakis, a rising junior who plays tenor sax. “That was my introduction to Band. It was a good one.”

Jackie Botts, ’16, MA ’18, is a former Stanford editorial intern and a recipient of the James S. Robinson Award for Student Journalists.

The Power of Place

Inside the museum that shimmers with light on the National Mall—“a rich picture of African American life.”