Raj Reddy, MS '64, PhD '66, begins work on what will become the first computer system capable of recognizing continuous natural speech. He continues to advance the technology as an associate professor at Stanford (1966-69) and later as a professor at Carnegie Mellon. 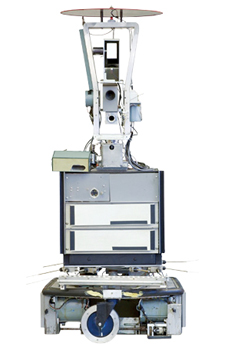 Nils Nilsson, PhD '58, and his colleagues at Stanford Research Institute's Artificial Intelligence Center develop the first mobile robot with the ability to sense its environment—via a TV camera "eye" and whisker-like feelers—and plan a course of action to complete a task.

Victor Scheinman, MS '65, Engr. '69, invents a 6-degree-of-freedom, all-electric, computer-controlled robotic arm, an improvement over the Unimate Arm, the first commercial industrial robot, which operated by hydraulics and stored instructions on a magnetic drum. 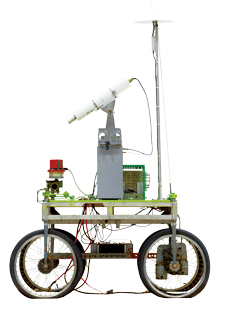 Originally built by James L. Adams, MS '59, PhD '62, to study the feasibility of controlling a lunar explorer from Earth, the cart is elaborated by a series of graduate students over two decades, culminating with Hans Moravec, PhD '80, who outfits the cart with stereovision, enabling it to autonomously navigate a chair-filled room. (It takes 5 hours.) 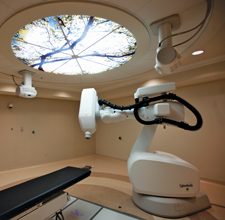 John R. Adler, a professor of neurosurgery at the School of Medicine, invents a surgical robot that uses X-rays to locate tumors and deliver a preset dose of radiation. The first patient goes under the CyberKnife at Stanford Hospital in 1994.

Preparation That Lasts a Lifetime

The humanities remain at the center of a Stanford education.