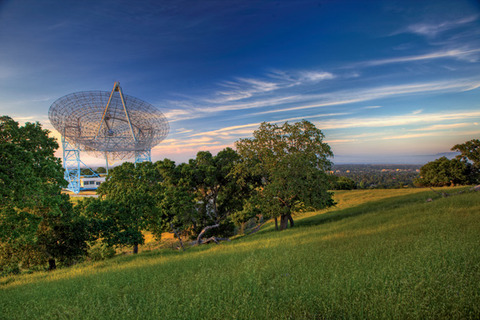 Built in 1961 by the Stanford Research Institute with funding from the Air Force, Stanford’s parabolic radio antenna—better known as the Dish—was originally used to study the atmosphere and communicate with distant spacecraft. From the beginning, those who conceived of the facility envisioned it becoming an icon, writing in the original proposal: “It is expected that this large, geometrical structure, used for important scientific research, would become widely known as a Stanford University landmark.” In fact, the University trustees passed a special resolution exempting the 150-foot steel-and-aluminum reflector from the long-standing ban on visible structures in the Foothills.