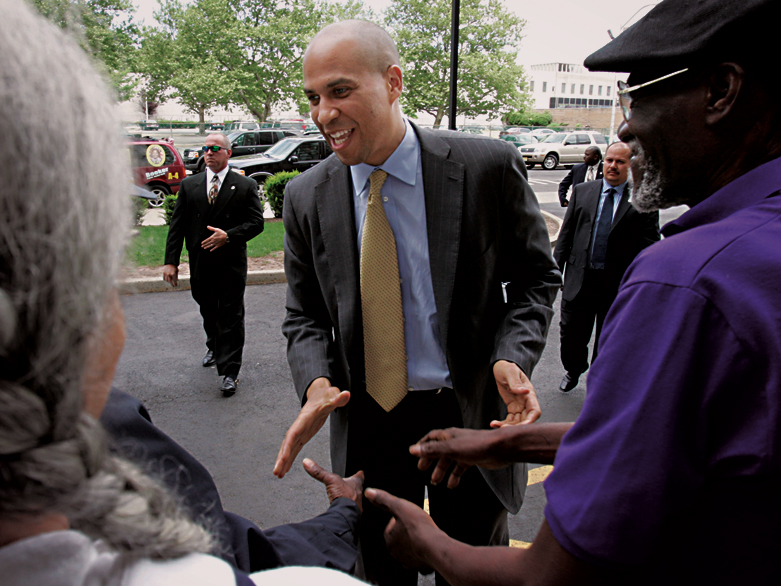 An abridged version of this article appeared in the print magazine.

When Cory Booker moved to Newark in 1995, he had no intention of becoming a politician in New Jersey’s largest municipality, a predominantly black city that was shaped by racial riots in 1967 and recently has been called one of the poorest of its size in the nation. The Yale law graduate took up residence in Newark’s troubled Central Ward to start a nonprofit neighborhood legal organization. By 1998, he was the youngest councilman in Newark history. In May, he was elected mayor 3 to 1, the largest margin of victory ever recorded in Newark.

The city council seat was the first step in an embattled political trajectory. Booker, ’91, MA ’92, lost his 2002 mayoral contest to Sharpe James by 6 percentage points; the racial politics that surfaced during the campaign gained national attention and were captured in the 2005 Academy Award-nominated documentary Street Fight. According to media reports, James, a 16-year incumbent, falsely claimed that Booker was white, Jewish, gay and a Republican. “I was surprised and disappointed,” Booker says. “There are real racial realities in our country, and some people exploit racial essentialism for narrow political gains.” James decided not to seek re-election this year.

In the past four years, Booker split his time as a partner in his law firm and with his nonprofit grassroots organization, Newark Now. As mayor, he plans to focus on reducing crime, empowering youth, strengthening the economy and reforming City Hall.

Although the Democratic Leadership Council named him one of “100 To Watch,” Booker says he has not made plans for his political future. “My abiding purpose has been making change in urban America, and more specifically, Newark,” he says. It’s going to be a long effort, and my life will be tremendously different. It’s hard to think about what I’ll want to do. I prefer to think about the present.”

Read a November 2010 update on this story.

When Pros Return to Hit the Books

In Athletics, the Right Person for the Job

New athletics director Bob Bowlsby understands our values, and knows how to win.