A curious set of species shares the Stanford moniker.

You know all about the Tree—you may have even been the Tree—but what do you know about the stanfordianus spider, limpet or bee? These critters earned their Cardinal credentials after Stanford researchers discovered them either on university-owned land or far afield. We think you’ll be as delighted as we were to make their acquaintance—and as relieved that our unofficial mascot is not a dancing mollusk. 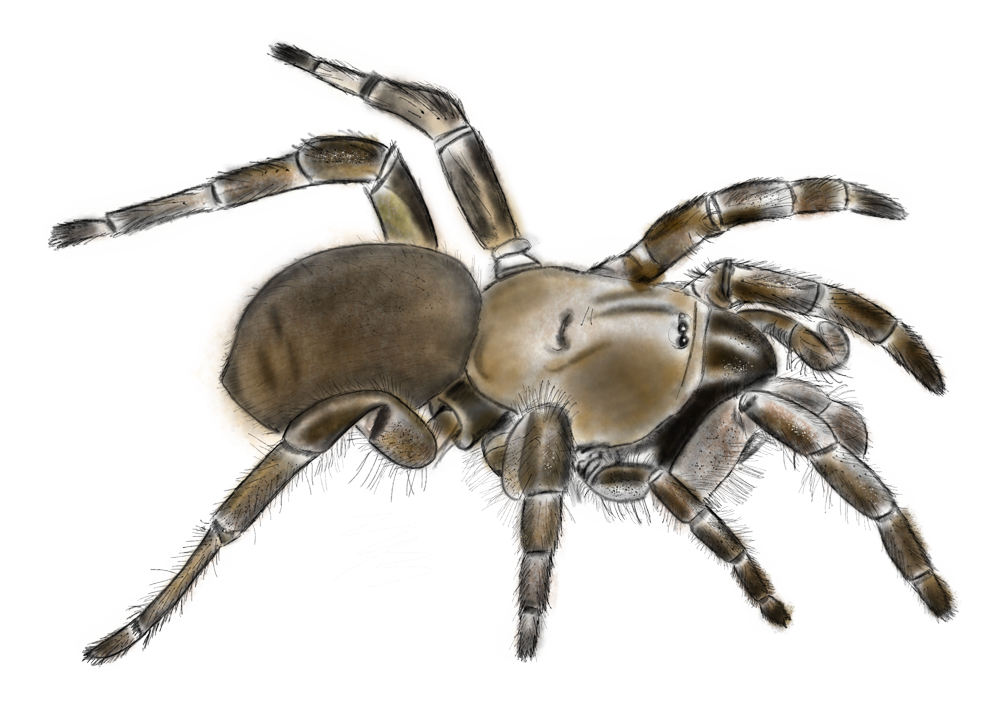 The introvert arachnid. This spider’s burrow is lined with silk and capped off with a hinged lid, also made of silk—a structurally sound choice, as spider silk is stronger than steel. When an insect ambles by, the ever-watchful A. stanfordianus pops open the lid, nabs the unlucky bug, and then retreats just as quickly to enjoy its meal in peace. 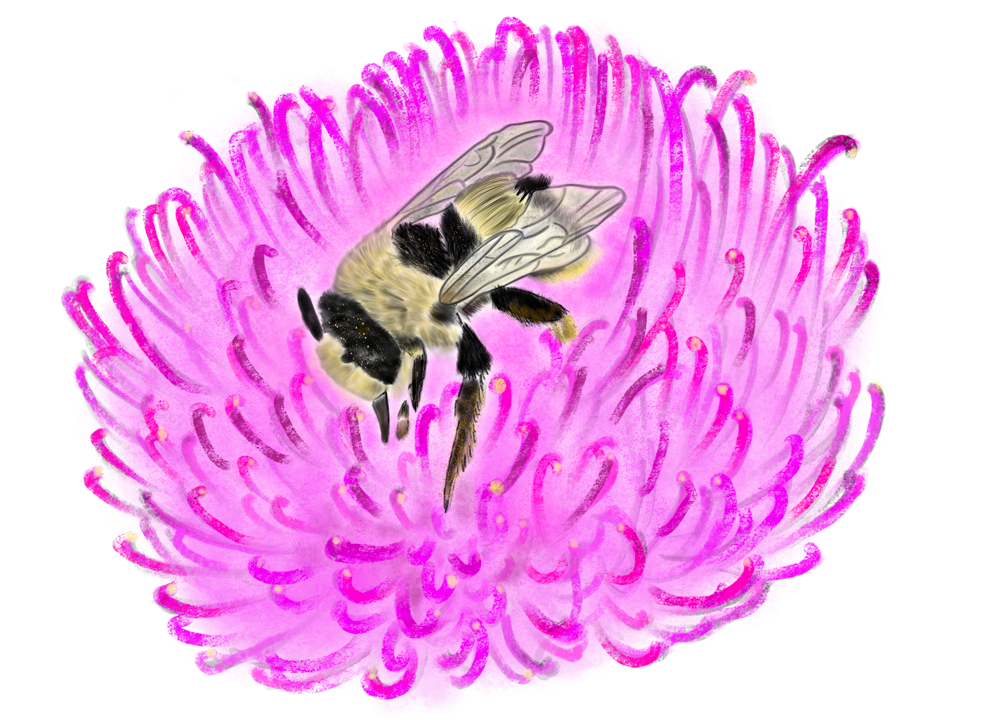 A mistress of deception. The female of this species looks a lot like her cousin the bumblebee, but don't be fooled: The docile Miss Diggy lives alone, rather than in a nest, and is unlikely to sting. She takes a keen interest in construction, tunneling into sandstone bluffs and using collected fresh water and pollen to make a home for herself and provide nutrients for the eggs that she’ll soon lay. The males look less like bumblebees, with paler coloring and opalescent eyes. 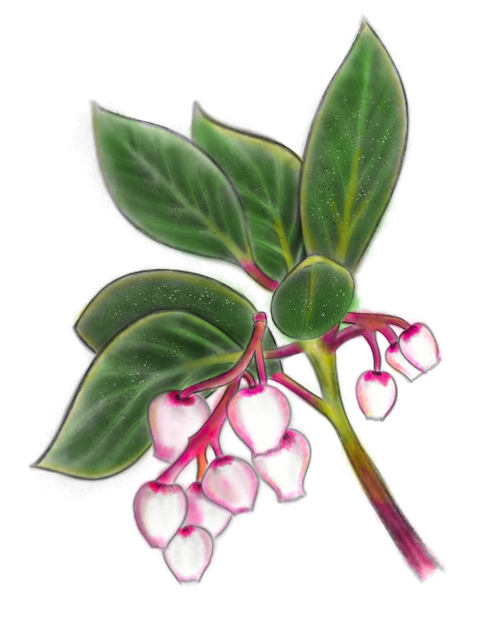 A xeriscape looker. California natives can look weedy, but Stanford’s manzanita sports attractive mahogany bark, with clusters of pink-to-white flowers and shiny red and brown berries. It’s loved not only for its evergreen good looks but also for its fire resistance and drought tolerance.

An inky cap mushroom that, to the best of our knowledge, was first and last spotted in 1904.

In 1976, phytochemists studied the potential antibiotic properties of this red seaweed.

This sea snail belongs to the order of true limpets, which sounds like one of those secret societies you hear about at other universities.

A whitewhorl lupine, it was found in the Stanford Foothills at least once, in 1905, and scarcely mentioned afterward.

A cave-dwelling pseudoscorpion, it doesn’t bite or sting humans. It has pincers but lacks the nightmare-inducing curved stinger of a true scorpion.

This fungus thrives on rotting wood; its fruiting body looks like a tiny bird nest packed with miniature eggs.

This plant louse feasts on the leaves and roots of vines. Its cousin lives in 19th-century ignominy for its role in the Great French Wine Blight.

Jennifer Worrell is the copy chief of Stanford. Email her at jworrell@stanford.edu.