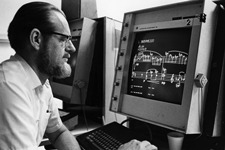 Musician and teacher, composer and coder, Leland Smith transformed music composition in the digital age with his creation of SCORE, the first commercially available music typography system. A talented bassoonist and professor emeritus of music, he co-founded Stanford's Center for Computer Research in Music and Acoustics (CCRMA) and taught composition and theory for 34 years.

Leland Clayton Smith died on December 17 at his home in Palo Alto. He was 88.

Born in Oakland, Smith began his musical education at age 11. At 15, he became a pupil of Darius Milhaud—a modernist composer and member of Les Six, a prominent group of early 20th-century composers who rebelled against the lush Romantic style. Smith studied counterpoint, orchestration and composition with Milhaud and later served as a member of the 13th Naval District Admiral's Band during World War II. After the war, Smith earned degrees in music and composition at UC-Berkeley.

From 1948 to 1949, Smith and his wife, Edith, lived in France, where he attended the Paris Conservatory. Back in America, Smith taught at Mills College and the University of Chicago before becoming a professor at Stanford in 1958. He taught composition, computer music and musicology and served as adviser to 41 doctoral students, two of whom later won the Pulitzer Prize.

An experienced programmer, Smith began working with computer-generated sound. His realization that his music input system, which was originally used to produce sound, could be repurposed to produce graphics resulted in the introduction of SCORE, a music notation program. Using the flexible software allowed composers to "write" their scores with maximum efficiency.

"SCORE will do just about anything," Smith once said, except "save human error." Today it is still regarded as one of the world's best music engraving systems.

Smith played bassoon with the San Francisco Symphony, the San Francisco Opera Orchestra and the New York City Ballet, among many others. His compositions, which included opera, orchestra, vocal and chamber pieces, were performed worldwide. He also co-founded CCRMA, a multidisciplinary facility that brings together composers and researchers to advance computer-based technology as a musical medium.

"He always believed that he was incredibly lucky and had lived a wonderful life," said his daughter Stefanie.

Edith Smith, Leland's wife of 65 years, died in 2011. He is survived by his children, Stefanie Feldman, Teresa Smith-Milo and Clement; five grandchildren; and two great-grandchildren. 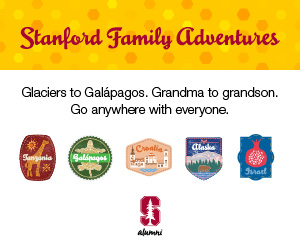 Fun with the Founders