In Case of Emergency, Be Kind

An empathy scholar on the radical act we all need right now. 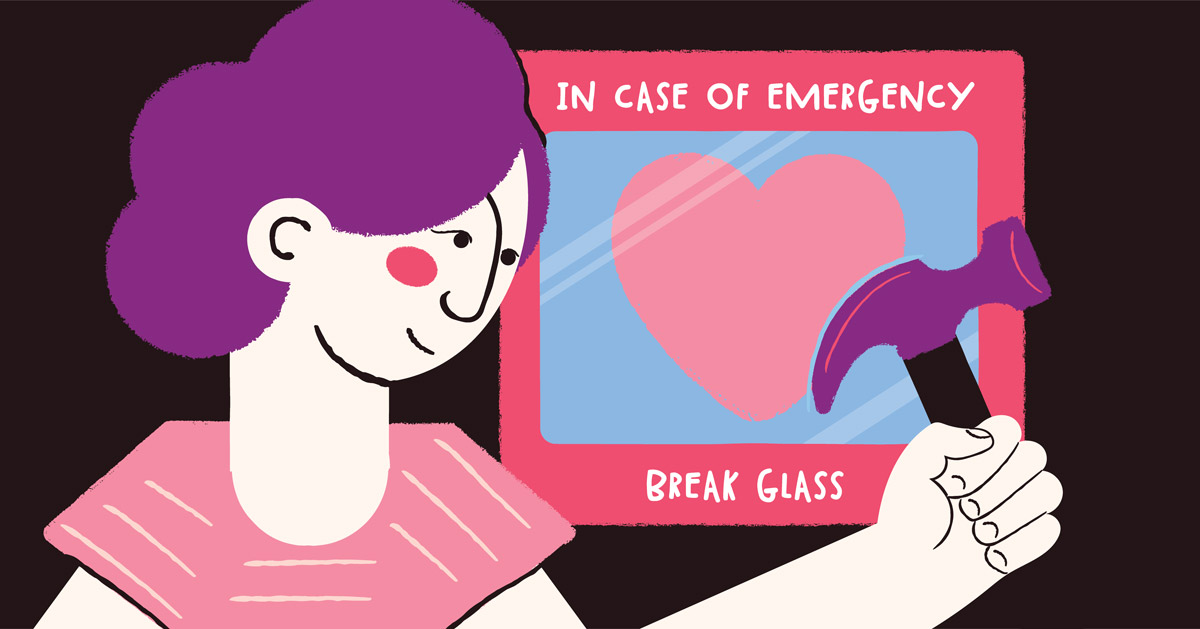 Being a psychologist studying empathy is like being a climate scientist studying the polar ice, Jamil Zaki writes in his 2019 book, The War for Kindness: Building Empathy in a Fractured World. “Each year we discover more about how valuable it is, just as it recedes all around us.”

Empathy, the experience of connection with someone else’s emotions, is a key source of kind behavior, and surveys show that it has been declining for decades. Zaki, a psychology professor who heads the Stanford Social Neuroscience Lab and teaches an undergraduate seminar called Becoming Kinder, has spent his career documenting the many ways in which empathy benefits individual well-being and strengthens the social fabric.

Americans were experiencing an epidemic of loneliness even before the emergence of COVID-19, he says, and younger generations in particular are suffering an increase in depression and anxiety. Being kind to other people is a well-documented—if not always intuitive—antidote.

“A lot of people think about kindness as a transfer where one person sacrifices and someone else benefits. But happiness and well-being are not zero-sum. It turns out that when people act kindly, they benefit too,” he says. “So people who give away money are happier than those who spend it on themselves. People who give away time feel like they have more time. Older adults who volunteer have lower mortality rates. There are just all of these ways that kindness and empathy help us thrive.”

Collectively experienced crises, including the current global pandemic, Zaki says, throw our interdependence into sharp relief. “They’re obviously horrifying and we wish they wouldn’t happen, but they also sort of shock us out of the sense that we are independent free agents. And they just make us see how much we have in common with each other and how much we need each other.”

Here are four ways to increase your capacity for empathy and become kinder.

Whether you call it Duck Syndrome or toxic perfectionism, that feeling that you need to be constantly succeeding is a deeply isolating perspective, Zaki says. Compassion for yourself is, in many ways, the starting point for connecting with others. The first “kindness challenge” Zaki assigns to his students is to reverse the golden rule: Treat yourself the way you’d treat other people.

Think back on a time you disappointed yourself. Now imagine that a loved one tells you they’re feeling bad about a similar failure. How would you respond to them? Chances are you’d see their misstep as a mistake rather than a defining moment. Try to offer yourself that same grace and compassion. But don’t feel bad if it takes a while to learn to treat yourself better. “The first tip to becoming a kinder person is to not make this another thing that you beat yourself up over,” Zaki says.

Bring curiosity to your disagreements.

Politics, Zaki says, is like a black hole for empathy, because we may feel we share little to no common ground with those who oppose our views. Reflexively dividing people into “us and them” inspires empathy’s opposite—it reduces those you disagree with to whatever divides them from you. Instead, he says, make it about “you and I.”

Remind yourself that there’s a real person behind that opinion you find abhorrent—one whose fears, hopes and experiences have shaped what they believe. The next time you encounter someone who disagrees with you, instead of writing them off or debating them, see if you can tell each other the story of how you came to have the views you do. “Try to cultivate—and display—curiosity about this person, rather than judging them immediately,” Zaki says. The goal is not to relinquish your own beliefs or to change theirs. It’s just to understand the other person a little better. “When we dig into our personal stories, we can stumble onto surprising common ground,” Zaki says. “Even if we still disagree, we can do so with greater respect and understanding.”

Choose your own normal.

According to Zaki, conformity gets a bad rap. “In fact, I think it represents something beautiful, which is the fundamental desire to be a part of something greater than ourselves, to be part of a group.” Research confirms that humans are a conformist species; social norms affect whether people litter and whether they vote, as well as how kindly or indifferently they behave. The lesson here, Zaki says, is twofold: First, you determine your social reality by what you choose to pay attention to. “You can spend all day looking at people who are on spring break on crowded beaches in Miami or fighting each other in a grocery store over toilet paper,” he says. “You can also look up #covidkindness and see countless examples of people using this opportunity to be kind and to connect with each other.” While the former might inspire you to run out and stock up on supplies before someone else gets them, the latter might suggest a way you can help others.

And the second lesson? You are someone else’s social reality. “The behavior that you choose to elevate and make most visible in your community will also become a social norm, and will become magnetic and sticky,” he says. Loud voices dominate, so amplify the good. “Make it top-of-mind for the people around you, because by doing so, you can change the narrative that people have in their minds about what is ‘normal,’ and that, in turn, will sway their behavior.”

When the real world is too hard, practice on fictional friends.

Studies have found that avid readers are more empathetic than those who read less, and that theater training—learning to inhabit a character for the stage—increases would-be actors’ empathy. Other people’s stories, even fictional ones, are a low-stress way to explore the inner lives of those outside your social circle in a way that paves the way for caring about real outsiders, explains Zaki. “Fiction is empathy’s gateway drug. It helps us feel for others when real-world caring is too difficult, complicated, or painful,” he writes in a chapter about the power of narrative to untether you from your current reality and allow you to imagine another experience.

One of Zaki’s “kindness challenges” for his students is to engage with a piece of narrative art, such as fiction, drama or film, that involves characters or situations outside their comfort zone. “Maybe it’s a play about bigotry or loss, or a romantic comedy set in a country you have little knowledge about. While watching or reading or listening, and after, reflect on how it feels to connect with these characters. Do their stories deepen your understanding of real people?”

Charity Ferreira is a contributing editor at Stanford. Email her at stanford.magazine@stanford.edu..

Are You Trapped in a Bad Food Relationship?

Physician Maya Adam wants you to love food that loves you back.

8 Tips for Forgiving Someone Who Hurt You

Forgiveness is the ability to regain peace when part of your life didn’t work out the way you wanted. Who doesn’t want that?