How to Be a Morning Person

A Stanford sleep medicine doctor insists that anyone can learn how to wake up earlier—and feel good about it.

When Rafael Pelayo was an undergraduate student majoring in biology at the University of Puerto Rico, he worked three jobs to pay his way through school. To accommodate his employers, he took 7 a.m. classes, getting up at 5:30 and using his commute time to study.

Four years later, when he was a medical student at Albert Einstein College of Medicine in the Bronx, N.Y., classes started later in the day. Pelayo found that—like most of his peers—he often pulled all-nighters, taking short breaks around midnight to decompress with his friends.

Today, Pelayo is a clinical professor of psychiatry and behavioral sciences at Stanford and a leading expert in the field of sleep medicine (his 2020 book is called How to Sleep). But . . . is he a morning person or a night owl?

The answer, it turns out, is that it doesn’t matter.

“We all have genetic tendencies toward being a morning person or being an evening person,” explains Pelayo, who came to Stanford in 1993 as a fellow to work with the late William Dement, who was known as the “father of sleep medicine,” and continues to teach the popular undergraduate course Dement created, now called Dement’s Sleep and Dreams. “But your tendencies are not your destiny.”

Biology does play a role in our sleep patterns, Pelayo points out, especially for teenagers, who tend to go to bed later and sleep much deeper as they transition into adulthood, and in older people, who are generally light sleepers.

“Sleep is inherently a dangerous thing to do, so in a tribe of people, it makes sense that some people are more alert at some times than others,” he says.

To accommodate the realities of teen biology, Pelayo testified in support of a California law, passed in 2019, that requires middle and high schools to start no earlier than 8 a.m. and 8:30 a.m., respectively.

But adolescence aside, sleep habits are more malleable than we think. And although there is nothing inherently unhealthy with being late to bed and late to rise, Pelayo says, a sort of chronic jet lag can crop up when night owls need to conform to society’s standard schedule and expectations.

So, for those of us who would like to wake up earlier to get a jump start on the day (or, heck, just to get to work on time) and who don’t have a sleep disorder that requires treatment, Pelayo offer some tangible tips: 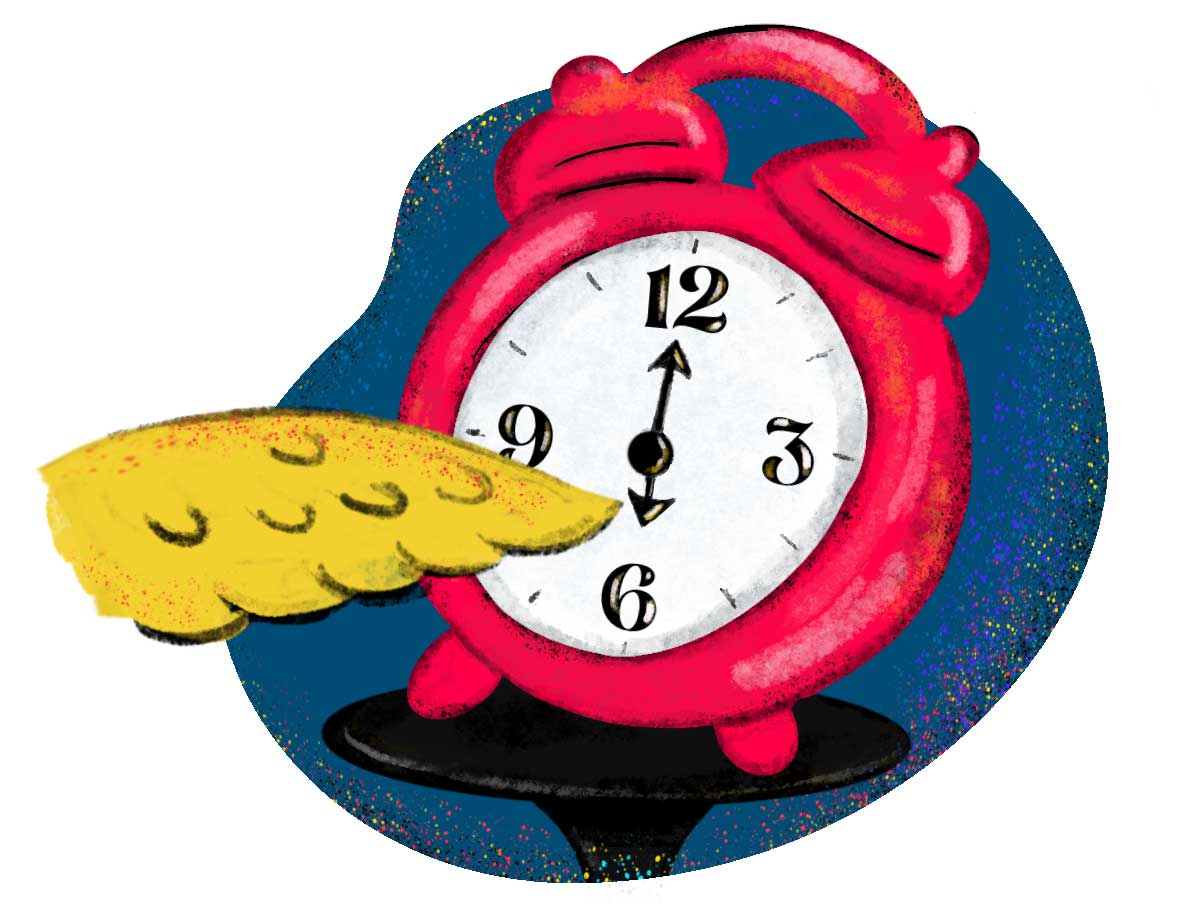 “I ask my patients, if you could wave a magic wand and fall asleep easily and wake up feeling refreshed, what schedule would you like to be on?” he explains.

Pelayo addresses his patients’ waking times first, he says, because “it’s easier to lock in a wake-up time than to force a sleep time”—which, he notes, is different than a bedtime. “Bedtime is what time you get into bed,” he explains. “The sleep time is the totality of all time spent sleeping in that bed until you get out of it.”

Many people assume that the time they wake up depends on the time they fall asleep, which seems logical, he says. But in reality, “the brain is trying to predict dawn and dusk at all times.”

That mechanism—governed by so-called clock genes, which regulate our circadian rhythms—exists across the animal kingdom, even in flies.

“We don’t have a lot of similarities with a fly,” Pelayo says. “But flies need to know what time it is too.”

Then, set a bedtime.

Once you set a preferred wake-up time, determine how many hours of sleep you want and then work backward to arrive at your bedtime. General guidelines are that adults should sleep between 7 and 9 hours, and you’ll want to personalize that so that you wake up feeling refreshed, not tired, Pelayo says.

After you’ve done the math, don’t let yourself get under the covers until the appropriate bedtime, even if you just want to lie down already.

“If you hold your breath, you will take a deeper breath when you start breathing again,” Pelayo explains. “The less you sleep, the more your body will want to sleep.” 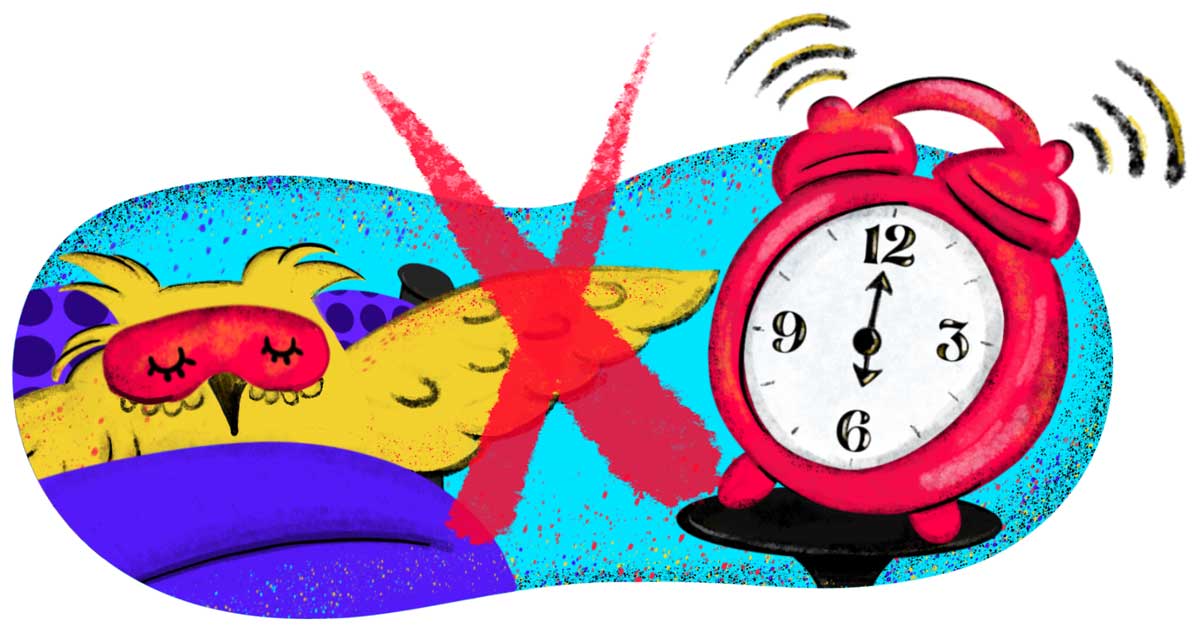 Snoozing seems wonderful in the moment, but the sleep we fall back into after our alarm goes off apparently isn’t worth the time it takes to enjoy it.

Instead of giving yourself those nine “extra” minutes of snooze (or 18—we see you), get up when your alarm goes off at your chosen time, Pelayo says, even if it means you have to keep the clock across the room to do so. 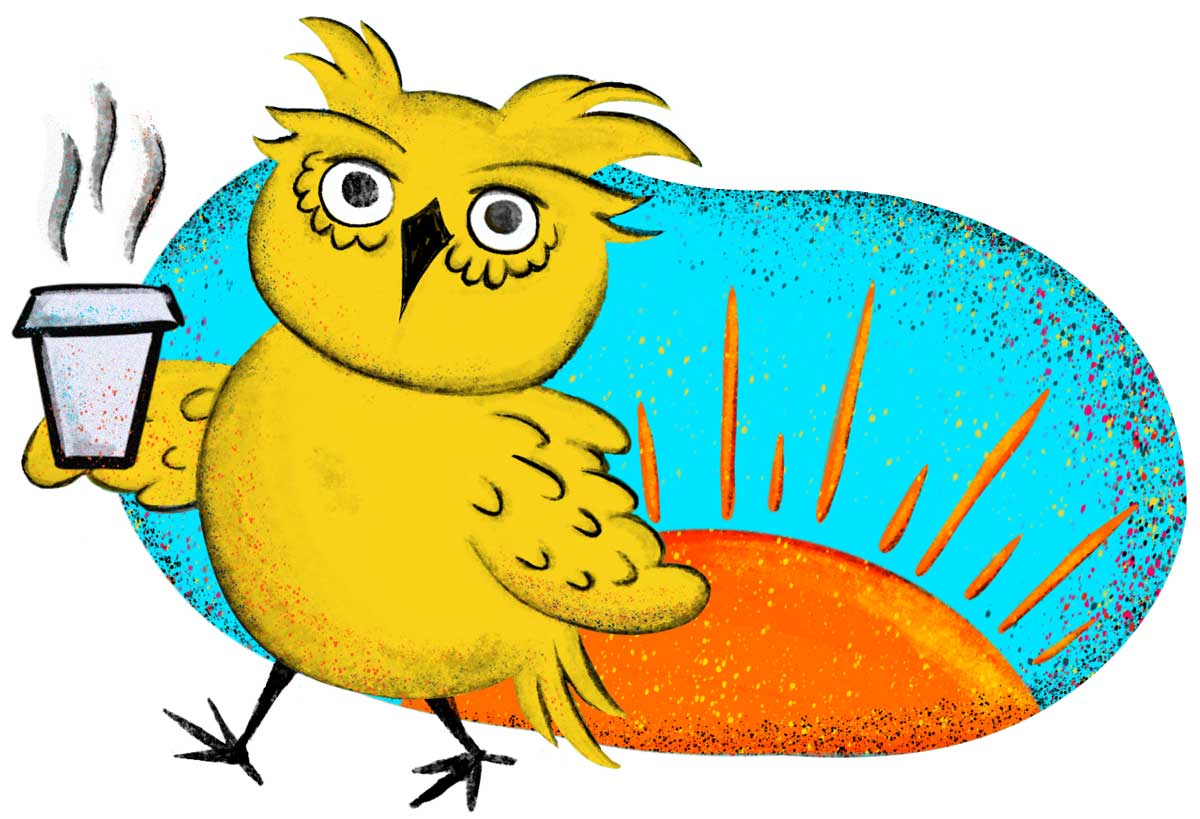 Find something fun to do.

Most of us need a reason to get out of bed earlier than we absolutely must; otherwise, we’ll just sleep until the last possible minute.

“When I was an undergraduate student, I was a morning person because I was motivated,” Pelayo says. “You have to find that incentive.”

Pelayo recommends rewarding yourself by doing something you enjoy—ideally something that exposes your body to light, such as going for a walk. But even playing a video game will work.

“Make it something you want to do, to increase your motivation,” he says. And to raise the stakes, don’t let yourself do that one thing at any other time of the day. 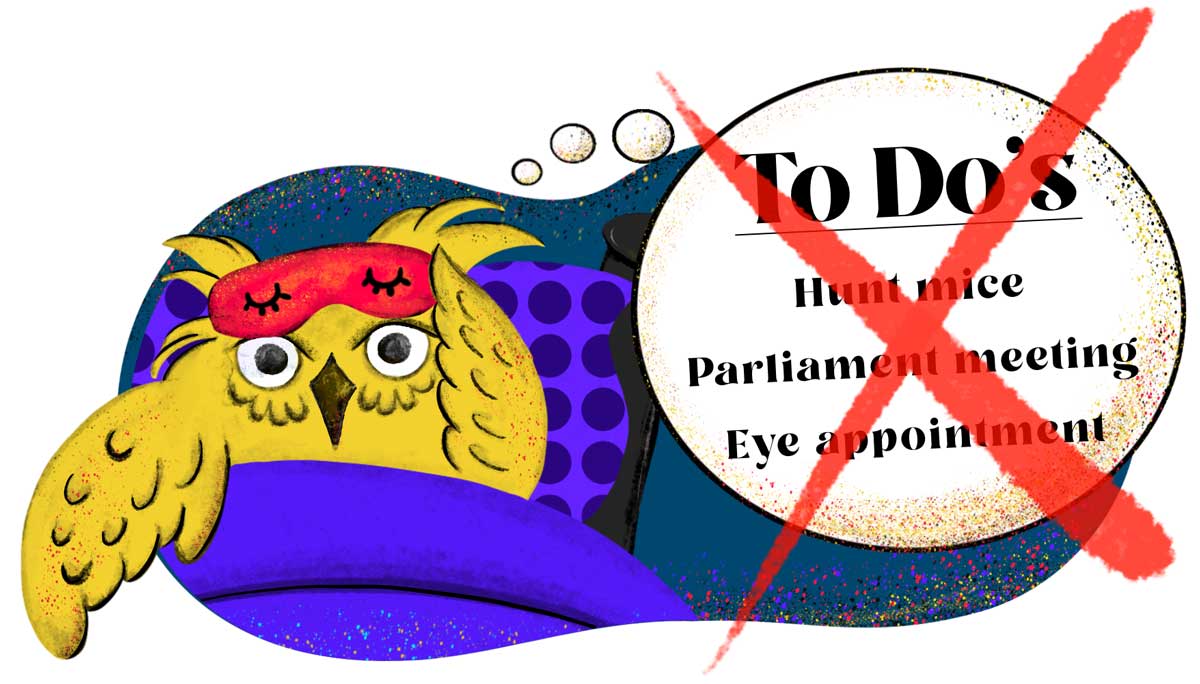 If you wake up in the middle of the night, that’s fine. In fact, everyone does, Pelayo says. One of Dement’s earliest findings was that people wake up every hour and a half or so, an evolutionary practice left over from when we needed to do so to keep ourselves safe.

Usually, we don’t even realize we’re awake, but anyone who has ever lain in bed at night obsessively going over tomorrow’s to-do list knows that’s not always the case.

Still, “waking is not the problem,” Pelayo says. “It’s being upset about it.” 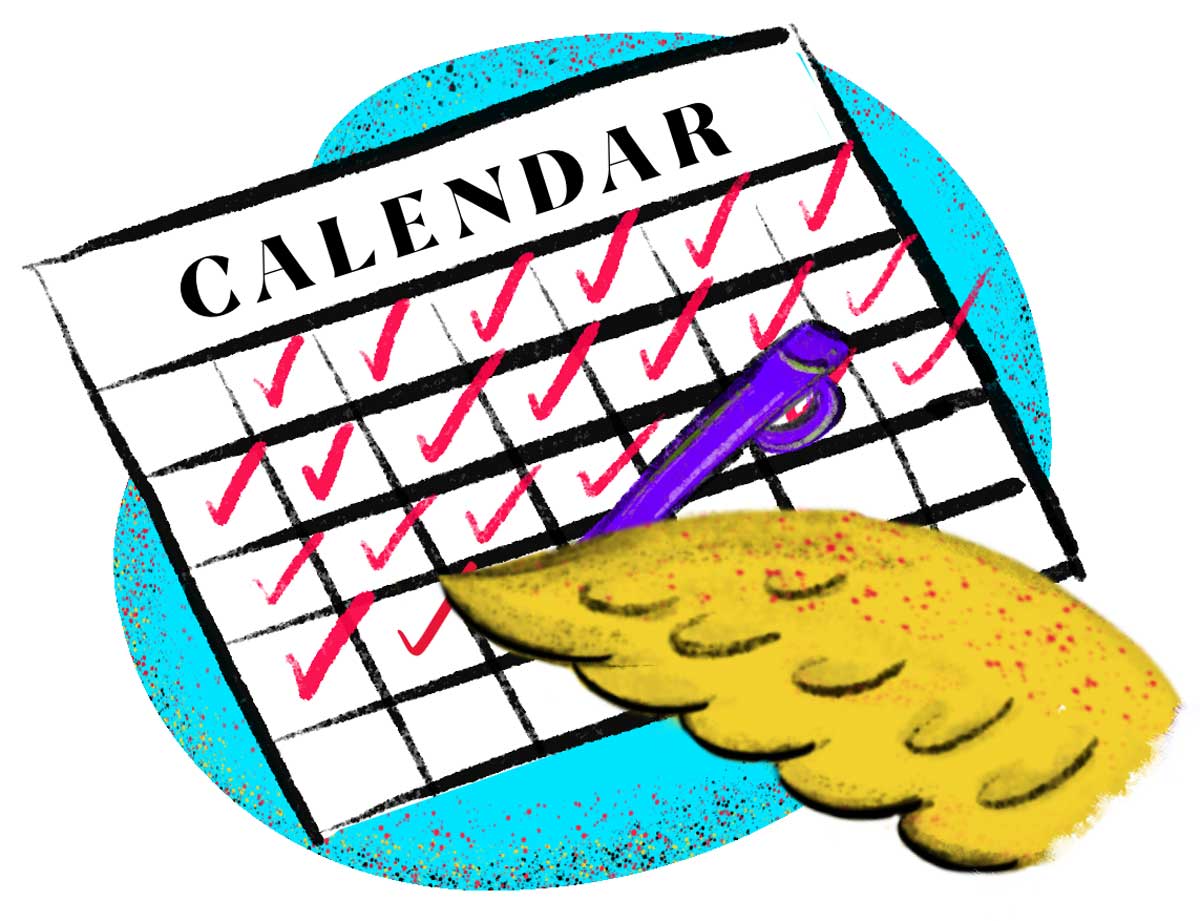 Making a change in our sleep takes practice, Pelayo says—at least six weeks of consistently waking up at the hour we’ve chosen. In the clinic, he and his colleagues combine circadian, homeostatic, and behavioral techniques, and it’s the last of these—adopting a new habit—that takes the longest time to change.

“People do things for three to four days and they say, ‘Oh, it didn’t work,’” he says. “But our brain isn’t meant to have big shifts like that so quickly. You’re manipulating a system for predicting the Earth’s rotation.”

Rebecca Beyer is a Boston-area journalist. Email her at stanford.magazine@stanford.edu.

A tale of humor and health insurance.