So the story usually goes. But Alan Ezekiel actually loved his work as a Microsoft programmer. A computer science major, he'd spent a summer as an intern for the Redmond, Wash., software giant, working on a project called Opus--perhaps better known as Windows 1.0. After graduation, he returned to Microsoft full time.

After about four years at Microsoft, Ezekiel started volunteering as a court-appointed special advocate for abused and neglected children, speaking for them in judicial proceedings. But he quickly realized that volunteer work wasn't enough--he wanted to change careers. "I would hang up the phone after 20 minutes of advocate work and return to programming," Ezekiel recalls. "While really fun, [programming] didn't have the same human impact for me."

He also joined a citizen's police academy designed to familiarize the public with police work. Even then, "I wasn't thinking I was going to be a cop," Ezekiel insists. "It kind of snuck up on me from behind."

During the classes, though, he realized that he saw himself in the officers who spoke. "I expected a bunch of heavyset guys with no necks," he admits. "What I found was a group of people who are bright, articulate and self-directed. It was sort of a shock to me."

Police work also supplied the human contact Ezekiel was seeking. "This is fundamentally a social job, a people job," he says. "Engineering is a device job. It does not compare with the human spirit in terms of complexity."

As an officer in the Renton, Wash., police department, Ezekiel has handled everything from barroom brawls and stolen cars to murders, rapes, robberies and drug raids. "He has good cop instincts," says his supervisor, patrol sergeant Mark Day. "He really knows how to read people and has excellent common sense."

Ezekiel has had his share of narrow escapes, such as the time an armed man appeared suddenly at a window 50 feet away, screaming, "Shoot me!" Still, he doesn't yearn for the orderly precision of Microsoft cubicles. Programming was "the second-favorite job I ever had in my life. Not many people have their second-favorite job and get to trade up to their favorite."

Sounds like he's doing pretty well on that happily-ever-after part. 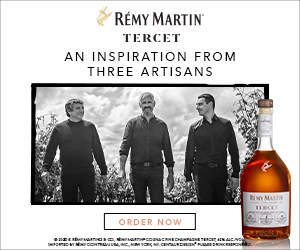 Stanford researcher Fred Luskin has developed a method to help people let go of their grievances. Now, he's bringing together Catholics and Protestants from Northern Ireland--and putting his techniques to the test.