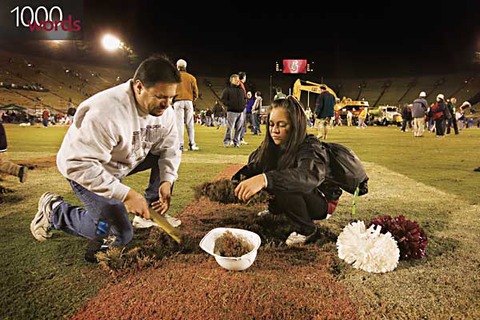 Yell leader Marcela Estrada, ’06, and her father, Albert, took a piece of Stanford Stadium home with them after the November 26 football game against Notre Dame. Demolition of the stadium, which opened in 1921, began immediately after the players left the field, and officials invited fans onto the turf for one last goodbye—or souvenir shovelful.