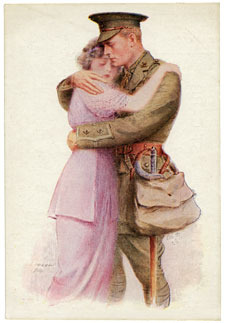 At the time, I had no idea it would be The Class. Heading off to college, we all dream of The Class: some subject, some professor who lights the spark of passion, who incinerates the scrapheap of passing obsessions and academic promiscuity and replaces it with Purpose. This is what I want to do with my life.

Purpose, I had none. I liked British literature. I liked writing, though I had nothing to write about. I liked the study of human origins, the aftereffect of overindulgence in Jean Auel novels during my dorky teenhood. I enjoyed my job as a manager for the Stanford football team, which replaced the family that had evaporated when my parents divorced midway through my freshman year. But nothing had yet socked me in the gut, and for $20,000 a year (this was 1992) I wanted my gut socked.

The seminar room was the same as any other, with its linoleum floor, mismatched furniture, its faint Stanford smell of sunbaked plaster. A doctoral student sporting wire-framed glasses and a Dorothy Hamill haircut intended to teach us about fin de siècle Europe and the disaster of the first world war. We delved into a reading list that included Stefan Zweig, Carl Schorske, Eugen Weber. I learned that the great Edwardian Summer was in fact a roiling pot of revolutionary politics, revolutionary technology, revolutionary art. All very fascinating.

Then we came to Vera Brittain's iconic memoir Testament of Youth.

I thought I already knew this story. Attractive, ambitious young lady from the provinces meets dashing and brilliant young man. They fall in love. The war comes. He writes her tender letters from the front; she nurses wounded soldiers in London. He comes home on leave, and if we're lucky there's some smooching. With Vera's case, we're very lucky, because her fiancé, Roland Leighton, was a broad-shouldered man among golden boys: handsome, absurdly intelligent, gallant leader of soldiers and writer of dulcet poetry.

Midway through the memoir came the sock to the gut. Roland dies, not leading the expected charge over the top at dawn, but shot in the stomach by a German machine gun as he inspects a section of barbed wire. Vera delivers this news with such harrowing matter-of-factness, I put down the book and could not finish it until five years later.

The seminar gave me a solid grasp of the birth of irony and the death of romantic language. I understood the difference between Rupert Brooke in 1914 and Wilfred Owen in 1918, and why we are all Wilfred Owen today.

I took other classes. I graduated and found a job in New York City, doing something called investor relations consulting. But I never stopped grieving for Roland and for the generation of young men and women tossed into the crucible of the 20th century. I could not come to terms with the loss of them, with the endless columns of names etched into the memorial tablets at Cambridge, at Oxford, at every village square across Europe. I thought of my male classmates at Stanford, and tried to imagine them all—every last one—scrambling from the rat-addled mud of the trenches and into the inevitable path of a machine gun bullet. It was not possible. Imagination can only stretch so far.

Years later, I visited Roland's grave in the elbow of a windswept country crossroads on the Western Front, shadowed by a white cenotaph inscribed THEIR NAME LIVETH FOR EVERMORE. Biographer Mark Bostridge, writing recently about a planned big-screen adaptation of Testament of Youth, observed that the grave "is often covered in violets in tribute to the love poem, 'Violets from Plug Street Wood,' which he wrote to Vera," but I saw none that day.

As I stood there, faced with the immediacy of Roland's life and death, my imagination began to stretch at last. I had something to write about: an officer of the Great War—like Roland, or Julian Grenfell, or Rupert Brooke—who, embodying his era's code and customs, finds himself in modern-day Manhattan, about to deliver a blow to the gut of an unsuspecting young woman.

I became a novelist, someone with many stories to tell. That long-ago seminar became The Class. This is what I want to do with my life.

Beatriz Chatrill Williams, '94, lives with her husband and four children in Greenwich, Conn. She is the author of Overseas (Putnam).

"Everyone is listening to every word you're saying"

Speak delves into the good, the bad and the ugly of public speaking