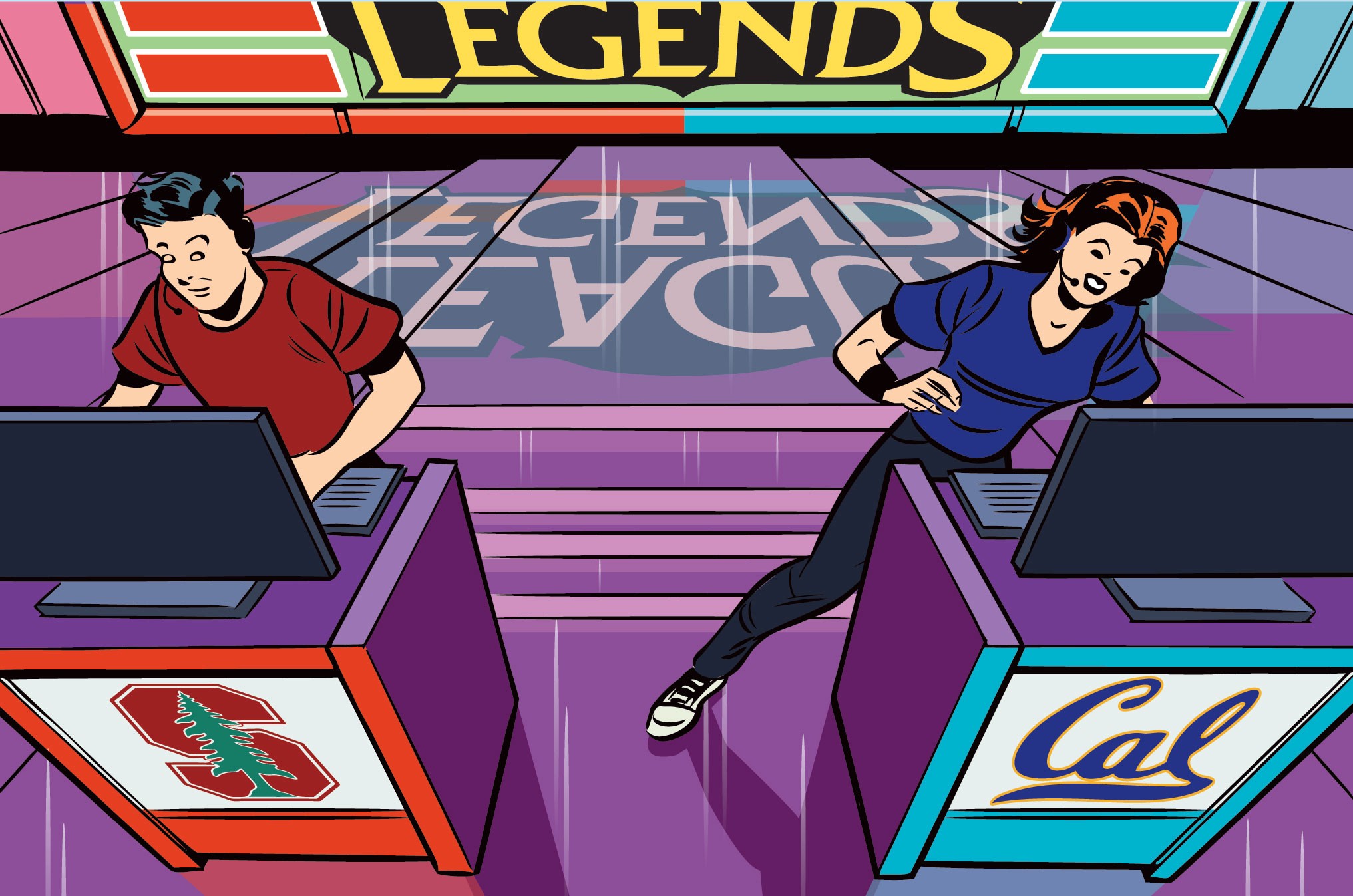 Serious fun is on the way as an additional form of Pac-12 Conference competition, with the emphasis divided equally between serious and fun. The conference is entering e-sports—video game contests between schools—and has been discussing Stanford’s participation with a newly formed student club.

E-sports is a rapidly expanding entertainment business, projected in various reports to generate about $500 million in revenue globally this year, mostly from advertising and sponsorships that support events. The competitions, which can involve professional players, attract large numbers of online viewers for streaming video, although tournaments take place in front of studio and arena audiences as well.  There’s also rising interest in their potential for cable television.

Enter the Pac-12, which as of midsummer was still in “learning mode,” said Ryan Currier, vice president of digital products, while aiming to launch its events late this year. Despite the e-sports label, the events aren’t being organized through athletic departments, and each school will make its own decision on taking part.

For ardent players, the league’s involvement presents an opportunity to dispel the most unflattering images about gaming devotees. Loner dropouts addicted to a puerile pastime? Try this instead: tech-smart and strategically adept spatial thinkers. Indeed, the conference is pitching e-sports as a tie-in to the academic visions of its schools, spanning programs from computer science to cinematic arts.

That resonates strongly with the co-presidents of the Stanford Video Game Association, Byron Walker, ’14, MA ’16, and School of Medicine employee Natalie Chan, along with assistant professor Ge Wang of the Center for Computer Research in Music and Acoustics, who’s helping the club get under way. Walker, who’s pursuing a master’s in music, science and technology, says his fondness for games elicits condescending reactions at times, and “it’s been a hard sell to my mom.” The exposure from the Pac-12, showing off the sophistication of the best matches, can promote “legitimacy” for games, he says. Wang, who has designed games featuring musical components, wants to foster an intellectual spirit in tandem with the sheer exhilaration of the activity.

At press time, the Stanford club was waiting for more information from the Pac-12. A common tournament game is League of Legends, which has a team-battle format, and the action has fueled the growth of Twitch, an online social video network. Walker and Chan expect their club to start the academic year with a roll call of 200 to 225 members.