In Hollywood, with its reputation for disposable relationships, Shelley Surpin stood out to clients for her fierce, long-term loyalty. “She was someone they could rely on doing her best for them,” remembers her husband, Steve Charnow. 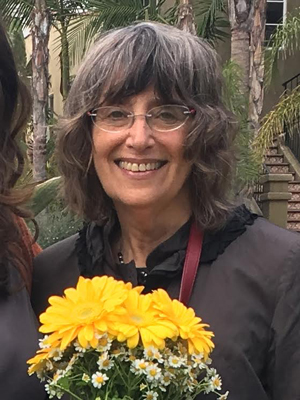 Shelley H. Surpin, ’70, a partner at the entertainment law firm Surpin, Mayersohn & Coghill, died on September 3 in Santa Monica, Calif., of complications following a stroke. She was 72.

A Los Angeles native, Surpin earned a law degree from UC Berkeley School of Law after graduating Phi Beta Kappa from Stanford. She started working at Pollock, Rigrod and Bloom, and went on to partner with Andy Rigrod at Rigrod & Surpin before co-founding Surpin, Mayersohn & Coghill in 1987.

Her foray into film production happened by serendipity. Surpin was advising a writer-director client when he noticed that she was also doing the work of a producer; he asked her to take on that role formally as well. She did, receiving credits as both producer and legal counsel. Surpin also served on the executive board of Stanford in Entertainment and was the former chair of SubScreen, the L.A. County Bar subcommittee for film and TV screen entertainment.

Over the course of her career, Surpin represented large studios and powerful producers, but her heart was in championing independent filmmakers, including Allison Anders, Nicole Holofcener, Gregg Araki and Zal Batmanglij. Surpin was a producer on Kaboom, a 2010 film written and directed by Araki that premiered at the Cannes Film Festival and won the first-ever Queer Palm for its contribution to LGBTQ+ issues. More recently, she produced writer-director Batmanglij’s Sound of My Voice, which premiered at Sundance in 2011, closed the SXSW Film Festival that same year and was later released by Fox Searchlight Pictures.

“ ‘In my 30-year career, I’ve had nine managers, six agents and one lawyer,’  ” Charnow remembers a client of Surpin’s saying. The loss to her clients, Charnow adds, “is just incalculable, both as a friend and as a lawyer. I most want her to be remembered for that ability to connect with people with a deep emotional bond.”

In addition to her husband of nearly 40 y ears, Surpin is survived by her daughter, Martine Charnow; and grandson, Ember Shelley Chiller.

Should everyone receive a small, stable income from the government? The idea is going around again, and some think its time has come.