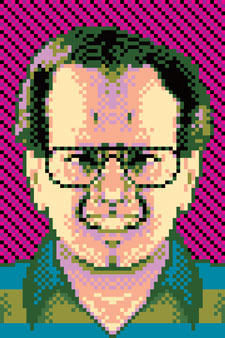 An excerpt appeared in the print version of Stanford.

“I was doing some work at the Stanford AI lab in the hills when I saw some of the others playing a game they called Spacewar! on their DEC [Digital Equipment Corporation] PDP machines. I thought this game was absolutely amazing. Even though I was not very good at it, it definitely stuck with me throughout my career. For example, when Asteroids was in development I used the ideas from Spacewar! to provide the game with hyperspace as well as the shape of the player’s ship.

“I do not really have a favorite. There have been many games I really liked playing. Spacewar! was clearly my first. Since then there have been a string of favorites: Super Breakout, Asteroids, Centipede, Spaceward Ho and Robotron just to name a few.”