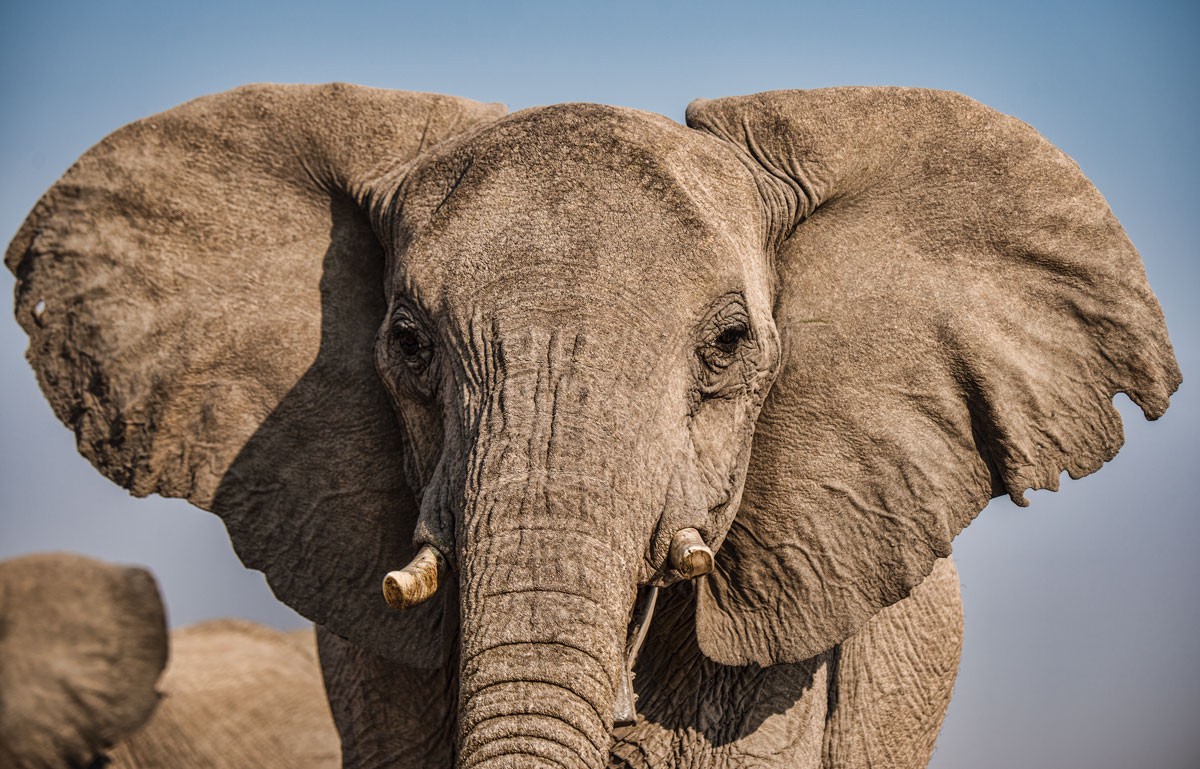 Elephants are great communicators. Not only do they have their own sophisticated verbal language, but their gestures and movements encompass all six senses: sight, hearing, taste, smell, touch and proprioception, the perception of body position.

Drawn from researcher Caitlin O’Connell-Rodwell’s work and the online gestures database created by biologists at ElephantVoices, we offer this short list of elephant language:

Ear spreading — An African elephant’s ear can be 6 feet long and 5 feet wide, and can weigh up to 100 pounds. Typically, when an elephant spreads his ears and holds them out, it is an aggressive gesture intended to intimidate the subject he is facing.

Synchronized stop-motion — A group of elephants occasionally will freeze as if in suspended animation, all pointing in one direction, sometimes placing the ends of their trunks on the ground. This is a common behavior in the wild, even among family groups of 20 or more; the elephants stand motionless to focus on noises, smells and ground vibrations. O’Connell-Rodwell discovered that during this “freeze,” the elephants are receiving and responding to tactile sensations that can arise from miles away.

“Let’s go” rumble — When an elephant declares, “I want to go this way; let’s go now,” she emits a low-pitched staccato vocalization and points her body in the direction she wants to go, sometimes lifting a front foot. Every minute or so, she repeats her rumble and flaps her ears. Several minutes may pass before the group agrees to follow her.

Trunk sucking or touching of their own face — Like toddlers who suck their thumb for comfort, elephants suck their trunk if they are anxious. Likewise, if an elephant is uneasy or uncertain about what to do next, he may engage in “touch-face”: touching of the face, mouth, ear, trunk, tusk or temporal gland, apparently to reassure and self-soothe.

Head shaking — If an elephant wants to say “back off” or show displeasure, she will face her subject straight on and shake her head from side to side, resulting in flapping ears and an impressively strong message.

Magnificent animals. Extraordinary insights. Peeing in a Tupperware container. It’s all part of the deal for a research team in Namibia.