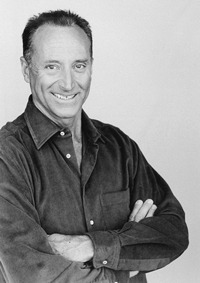 Whether riding a tractor in his Napa vineyard, dining with Sophia Loren and members of the Russian National Orchestra, or making college visits with his children, John Traina made his endeavors seem elegant and effortless. The philanthropist and renowned Fabergé collector was a fixture of San Francisco society married first to Dede Buchanan, an ambassador's daughter, and later to author Danielle Steel.

Born in San Francisco on September 26, 1931, he was the son of a candy maker who sold his business to See's Candies in 1906 before the earthquake. Traina studied business at Stanford and worked as a shipping and cruise executive. He started Pearl Cruises, the first Western cruise line to sail to China.

His Fabergé cigarette-case collection was the largest in the world, and pieces were displayed in the 1996 Fabergé in America exhibition at New York's Metropolitan Museum of Art and the M.H. deYoung Museum in San Francisco. He wrote two books, Extraordinary Jewels and The Fabergé Case: From the Private Collection of John Traina.

Though Traina moved in society circles, he liked the country, too. At his Oakville home, he grew grapes, gave red wine as gifts and hosted Fourth of July parties for hundreds of guests. "His generosity spread from people he knew very little," longtime friend Matthew Kelly says, "to the people he prized the most."

His education stimulated a lifelong intellectual curiosity. "Stanford," son Todd Traina says, "gave our father the confidence to do business everywhere from the ports of the Far East to the vineyards of the North Bay."

Carolyne Zinko is a Bay Area writer and editor.

Young, Restless and Tuned In

Does music from your college days still make you sing?