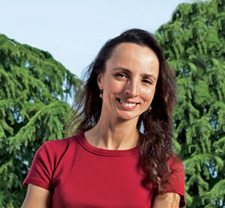 It's not the usual reaction someone has when Stanford comes calling. But when Yasmin Farooq was first approached about possibly coaching the women's rowing team, she barely could find a reason to discuss it. "I had zero interest in college coaching," she recalls.

Farooq is now three years into an all-consuming change of heart. In her first season as head coach, the highlight was a silver medal won by the first varsity eight boat at the Pac-10 championships. In her second season, the first varsity eight advanced to the NCAA finals, finishing second. And her third season was capped off in May with the team national championship—earned by the combined performances of the first and second eights and the varsity four—as well as an NCAA title for the first eight. 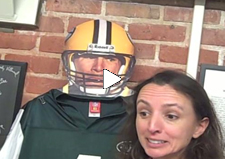 What's her current attitude about life on the Farm and at the boathouse in Redwood City? "I want to retire here," says Farooq, 43, sounding quintessentially Stanford at this point. Should anybody want to start keeping notes for the tribute banquet in a couple of decades, add this: "Yaz" was named the 2009 national Division I coach of the year by the Collegiate Rowing Coaches Association.

When director of rowing and men's head coach Craig Amerkhanian was pursuing Farooq in 2006, he was looking for someone "entrepreneurial, who had a work ethic and would understand the vision of Stanford athletics." What he couldn't have known was that he was targeting someone inextricably bound to the sport, apparently by fate.

One anecdote is telltale: As a coxswain—the in-boat coach who directs the steering—Farooq enjoyed a 12-year University of Wisconsin and U.S. national team career that culminated in the role of captain for women's rowing at the 1996 Atlanta Olympics. She then moved from Tennessee to Eugene, Ore., to take a promotions manager job with a TV station, certain her competitive career was over. She immersed herself in work, so much so that she wasn't aware of the nearby Oregon Association of Rowers, which offers programs for casual and serious rowers. One day while driving, Farooq and her husband noticed a regatta on Dexter Lake, where OAR events take place, and pulled over. To her astonishment, she was instantly recognized. It wasn't long before she was recruited for club-level competition.

"I lasted a total of just six months out of a boat," says Farooq. In the 10 years that followed, her job morphed from TV promotions to TV sales to radio sales. But every rowing experience kept leading to another as well—most notably being hired by NBC as its on-air expert for the last three Summer Olympics. She and husband Roger Waterman, a photographer/cameraman/video editor, began producing instructional DVDs and founded a website, COXSWAINation.com. She liked her routine and income and wasn't sure why she even would want to visit Stanford when Amerkhanian contacted her.

Farooq says he was such a good salesman —"I know, I worked in sales"—that her interest spiked as soon as she and her husband agreed to check out the campus and area. Amerkhanian insists Stanford sold itself. What he thinks he exuded most was an inexhaustible passion for the sport. In Farooq, he says, "I found a kindred spirit."

Farooq's memory from the whirlwind visit is slightly fuzzy, but she notes, "I think he said that there's no reason this program can't win the national championship." Now that she has done that with the first NCAA rowing title for Stanford and the 38th for Stanford women's sports, she's as eager to explain what her team achieved as she is to celebrate it.

"They won because every person did a little more than what they had to," says Farooq. "Winning races is a symbol of what they're capable of doing as people, not just athletes."