What scholars have to say might make the world safer. 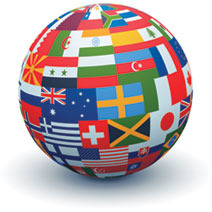 One of my favorite activities in high school was Model U.N., a simulation in which students adopt roles as ambassadors from selected countries during a mock general assembly meeting.

I was Czechoslovakia. It no longer exists, of course, having become the Czech Republic and Slovakia following the breakup of the Soviet Union and the subsequent wave of democratization in the Eastern Bloc. But in 1977 Czechoslovakia was firmly in the clutch of the Soviets, and its government was a compliant Communist regime. For a 17-year-old disinclined to take orders, the role of Soviet lackey was a chafing assignment, but I wanted a good grade and inhabited my “character” with zeal. I was surely the most obnoxious delegate in the room. I thundered on about United States imperialism and tweaked the U.S. ambassador for his arrogance. I wrote ridiculous, intentionally provocative resolutions aimed at aggravating NATO countries. I wore the ugliest sport coat I could find, with a tie that didn’t match, believing this to be an authentic depiction of a Czech diplomat. (My research didn’t extend to fashion.) I was irritating as hell.

In short, I acted out what seemed to me typical behavior in international diplomacy. The rhetoric and the decisions (the sport coat, not so much) were calibrated to establish a position from which to gain leverage, convey strength, be a foil. The idea wasn’t to resolve conflicts so much as to advance my country’s interests. I got an A.

Happily, the real-life policymakers did a little better, with a nudge from world events. The Berlin Wall fell, old enmities eased. Schoolchildren no longer do civil defense drills in case of nuclear attack. And yet, the world is more dangerous than ever. New threats have replaced old ones. Ideology, religion, nationalism, greed, unchecked power—all these still promote killing on a mass scale.

Is there some way to change this? What would it take to make war the exception rather than the rule? To avoid conflict despite differences that divide countries and governments? Or is war sometimes necessary to prevent larger wars?

It might help if we listened more to the people who study those questions.

In "Lessons of War," six Stanford faculty members discuss the realities of terrorism, war, diplomacy and international relations. They are not just scholars but also policymakers and governmental advisers. Do they make a difference? And if not, why not?

After thousands of years of misery and suffering caused by people fighting people, only a committed optimist could find hope that real peace is achievable. But the alternative is so grim it pushes us to hope anyway, and to keep trying.

Among the many arenas in which Stanford creates knowledge, nowhere is that knowledge more urgently needed than in international relations. Properly applied, could that expertise finally help make the world safer? The delegate from Czechoslovakia would like to know.

My, How We've Grown

Diamond in the Dusk

What Have You Done Philately?