Can This Puzzle Be Solved?

These 10 buried treasures have eluded diggers for decades. But the hunt is still on. 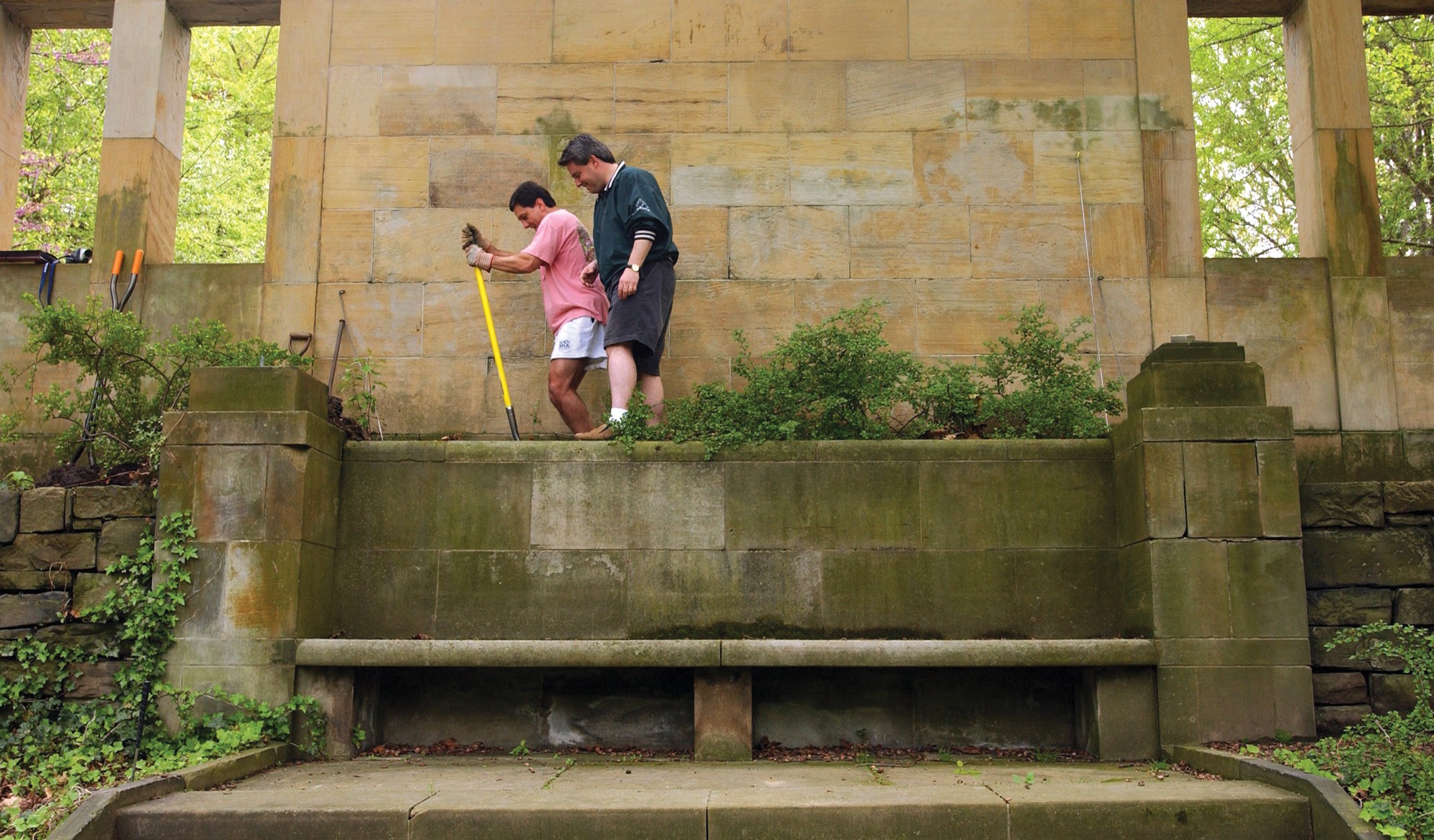 If hope springs eternal, apparently hubris does too, at least judging by the letters to the San Francisco Recreation and Parks Department from people certain they’ve finally cracked the code that will unearth the treasure — “the casque” — hidden long ago by an enterprising author named Byron Preiss.

“I am writing because I think it’s in your best interest,” one recent hopeful wrote. “The sooner people stop digging in Golden Gate Park the better for everyone. As indicated in my request, the casque is buried within 20 feet of the old concrete totem pole.”

Phil Ginsburg, who heads the city’s parks department, is happy to help — the parks even have a form for dig requests from those on the treasure’s trail. But he’s not expecting any eureka moments. “It’s the proverbial needle in the haystack,” he says.

Indeed, it’s been nearly four decades since Preiss, MA ’75, crisscrossed the country with a six-foot shovel to bury 12 hand-painted ceramic casques, each containing a key exchangeable for a precious gem. Only two have been discovered — and still the hunt goes on.

“It just speaks to that basic human drive to solve a really good puzzle,” says James Renner, an author and documentarian who discovered Preiss’s treasure hunt as an 8-year-old and has since followed the scent to digs in Boston, Milwaukee and beyond.

Preiss didn’t intend to start a multigenerational search. The whole point was to sell The Secret — a book he created that would send people racing to the treasures, provided they could solve a few riddles. His bigger worry was readers would solve them too soon.

Soon Zinn and others like him were finding each other online, bringing a hive mind — and Google — to scrutinize clues like never before.

Alas, his clues — obscured in paintings and poems — might even have confounded Sherlock Holmes. It took a year for a trio of teens to get past such lines as “Where M and B are set in stone / And to Congress, R is known” to find the first box in Chicago’s Grant Park, and they only hit pay dirt after begging Preiss for a final nudge.

Then came nothing: no discoveries, no buzz and definitely no sequel. The setback was only a minor blip for Preiss, who emerged as a trailblazing digital publisher and champion of graphic novels and interactive books. “Jack-of-All-Facets in New World of Publishing,” the New York Times declared in a 1992 profile of Preiss. The article made no mention of The Secret.

But a small number of devotees never forgot the quest, even as they were unsure if they were alone in their zeal. In 1997, a New Jersey lawyer named Brian Zinn, who’d obsessed over The Secret as an undergrad, called Preiss asking for the solutions to finally slake his curiosity. No, Preiss replied, the hunt was still on.

Soon Zinn and others like him were finding each other online, bringing a hive mind — and Google — to scrutinize clues like never before. In 2004, the new firepower led Zinn to trace a verse referencing Socrates, Pindar and Apelles to Cleveland’s Greek Cultural Garden, where the names of the three ancient greats were etched on a wall. It still took five hours of digging to locate the exact spot.

When Zinn visited New York to collect the prize, Preiss was surprised the solution to the hunt wasn’t in his safe-deposit box alongside the gems, though he did find $25,000 in forgotten savings bonds. But Preiss’s greater joy was reliving the memories of two decades earlier. “You could tell he felt 20 years younger that day,” Zinn says.

A year later, Preiss died in a car crash at 52. His death might easily have ended the game — no one else knew where the keys lay. But in some ways, the tragedy only added to the puzzle’s mystique. Now it truly was a mystery.

Despite 14 futile years since Zinn’s success in Cleveland, The Secret’s popularity exploded this year after it was featured in the Travel Channel show Expedition Unknown. Soon copies of The Secret — a trade paperback that sold for $9.95 in 1982 — were listing on Amazon for north of $1,000. Internet message boards crackled with newbies, and places like the Fountain of Youth Archaeological Park in St. Augustine, Fla., long suspected as home to one of the casques, were beset by a rash of nighttime holes. 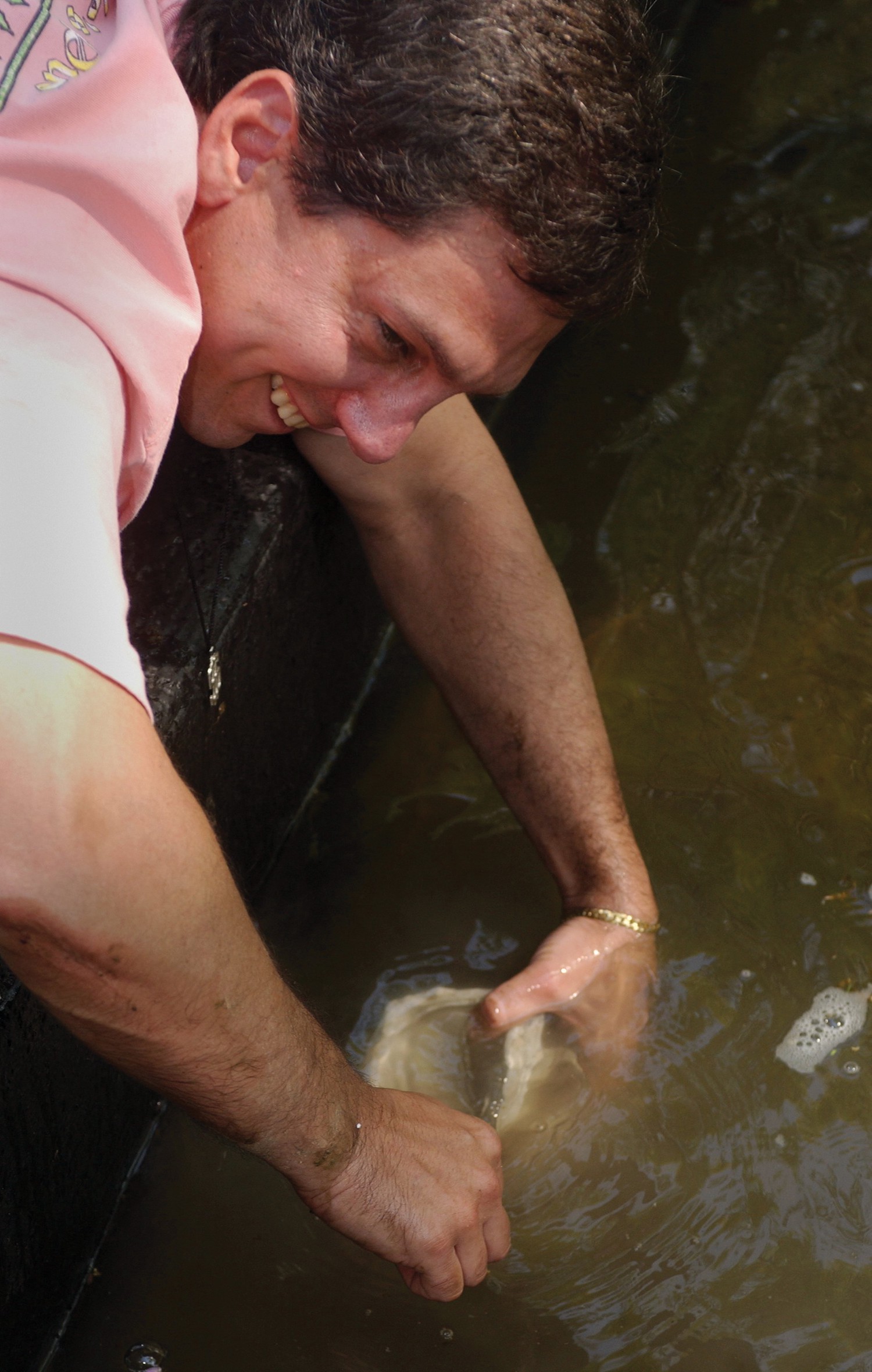 “It’d be nice to find it and prevent some of the trespassing going on,” says John Fraser, whose family owns the park. He’s all in favor of obliging people when he can — one woman has come from Ohio to dig three times. But fence hoppers are a pest.

Karah Preiss, Byron’s older daughter, laughs at the notion of The Secret as her dad’s legacy. It was such a minor aspect of his career. But in some ways, it’s apt. The book is loosely shaped around a tale of immigrants, and each of the images in the book reflects an ethnic group or nationality. Preiss’s own father was a Jewish emigrant from Eastern Europe.

“My dad had this gift,” she says. “He could make something educational fun — that was his whole thing. And The Secret is the best example of that.”

Whether the attention unearths another key remains to be seen. After 37 years, Preiss’s clues are aging. One verse leads the reader to the “base of a tall tree,” a landmark that could have toppled decades ago. “Time is our enemy,” Zinn says.

But perhaps finding them is beside the point. “If you lose sight of the journey and just focus on the end, you’ll have a bad time,” says Renner, who created the documentary The Secret of Byron Preiss. “But if you can go out there and make an excuse for a day in Prospect Park in New York City or Golden Gate Park in San Francisco, you are going to have a fun day.”