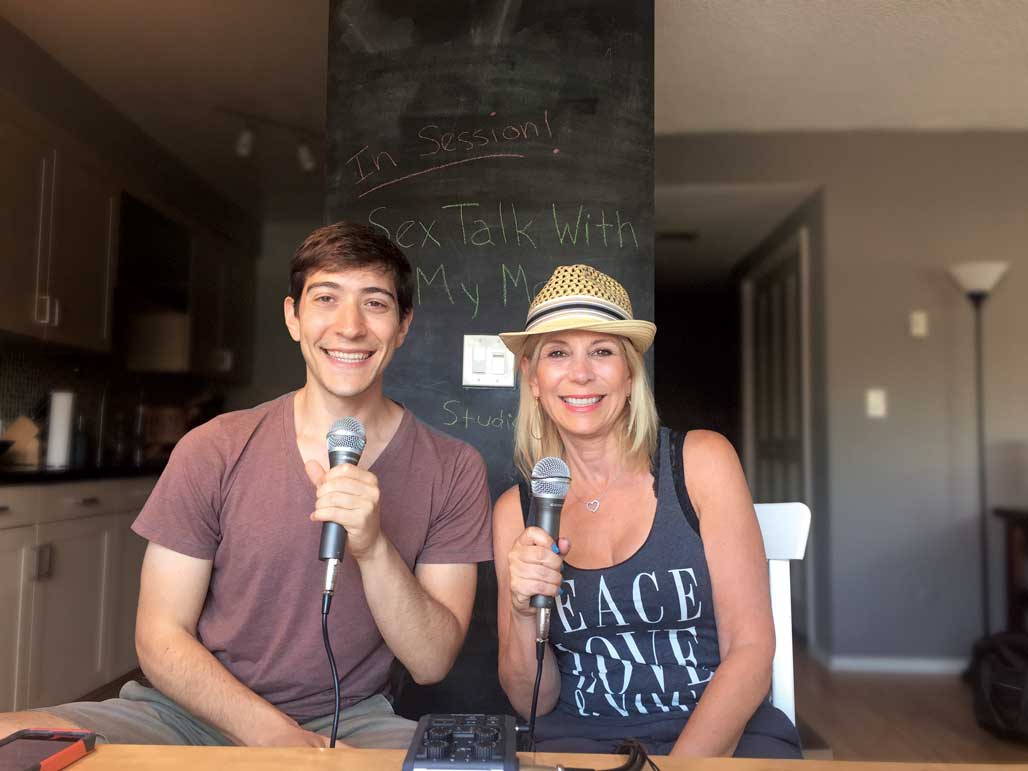 From being a clown to being down (to talk sex with his mother), Cameron Poter, ’11, has had an outrageous career so far. Here are nine truths and one lie about the comedian and podcaster. Are you able to tell his facts from our fiction?

1. He played a mime on HBO’s Silicon Valley.

3. He has written skits on topics ranging from farts to gondoliers to Synergy house rules.

4. He made it to the quarterfinals of America’s Got Talent with a novelty act that involved spitting into another man’s mouth, choreographed to opera music.

5. His main gig is Sex Talk with My Mom, a podcast where he—yep—talks about sex with his mother.

6. The podcast has improved his dating life.

7. He believes that clowning and dating are similar: “Showing and accepting your vulnerable parts is a loving act and the best way to forge a connection.”

8. He became a Deloitte consultant after graduation and promptly ghosted that career path.

9. Sex Talk with My Mom is being developed for TV for our viewing pleasure.

10. He played the trash can in the Stanford Band.


The lie: No. 10. You didn’t really think he’d do something that conventional, did you?

Heidi Sigua, ’12, is the digital media manager for Stanford.