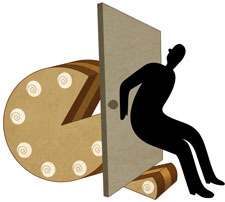 Early in Kelly McGonigal's eight-week Continuing Studies course on the science of willpower, a middle-aged woman sitting in the large auditorium raised her hand and questioned whether the willpower challenges the instructor had been discussing—problems resisting chocolate, procrastinating and other failures of self-control—were all that widespread. "We all get up in the morning and generally do what needs to be done. It doesn't seem like all that many of us have a problem with willpower," she said. To which McGonigal responded, in what sounded like playful indignation, "You are wrong!" The class burst out laughing, and McGonigal, PhD '04, proceeded to explain with typical aplomb that a shortage of willpower shows itself in all sorts of everyday ways, from spending too much time on the Internet to snapping at your family.

Talking to McGonigal weeks later, however, I learn that this student's comment hit a nerve. "Almost everybody has at least one thing they don't have under control, but people don't talk about these things," she says. Denying the prevalence of self-control struggles, as is the norm among Stanford undergrads, creates more stigma and shame, she says—and shame, as she teaches, actually backfires as a motivator.

For homework, McGonigal, a health psychologist, has students report by email their progress with their personal willpower challenges, and then asks for volunteers to share with the whole class. But the challenges they brought up in class—the difficulty of getting up early to take a walk, or finishing their taxes—seem both banal and benign compared to what many are privately struggling with.

"The emails I get show that people are in the class for more serious willpower challenges than people talk about in group settings." Problems with alcoholism, binge eating, addiction, even infidelity—"there's a lot of that, and it never gets into group discussion," says McGonigal, who has taught the course since 2008.

Science of Willpower is one of the most popular courses offered in the Continuing Studies program, always attracting more than 100 students, according to program director Dan Colman. One student, a San Francisco resident, rents a car every Monday just for this. Several others, McGonigal says, have taken the course multiple times, getting more and more out of it.

It's easy to see why. At times the class feels like a one-woman show, in which McGonigal not only presents research results but also describes the experiments that led to them, with the voice and body language of an actor. She fills her slides with scholarly citations and eye-grabbing photos, continually updates her material with the latest studies, and illustrates the science with colorful examples drawn from the world around us. In explaining "pre-commitment strategies"—based on economist Thomas Schelling's insight that giving up some options can, paradoxically, give you the upper hand—she describes how Jonathan Franzen helped himself finish his long-delayed Freedom by caulking his laptop's Ethernet port with Super Glue, a surefire way to stay offline.

To show the kludgy way our prefrontal cortex, the center of thoughtful decision making, came to sit on top of the brain's impulse-driven inner core, she picks the perfect simile for her Silicon Valley audience. "Evolution is like Microsoft rather than Apple: Instead of redesigning something, evolution slaps on a patch," says McGonigal, who as a PhD student won the Walter J. Gores Award, Stanford's highest teaching honor.

"She's doing a great job of taking the research and making it relevant to everyday people," Colman says. McGonigal writes a popular blog on PsychologyToday.com and will reach an even wider audience in her forthcoming trade book, The Willpower Instinct (Avery/Penguin, 2011).

McGonigal's take on willpower is at odds with how most people, including other scholars, think of it. "Most psychologists and scientists don't take the term 'willpower' seriously," she says—they prefer to talk about "self-regulation," or self-control. McGonigal studied emotional self-regulation for her doctoral thesis, working with Professor James Gross, in part to learn to manage her own feelings. But over the years, particularly through listening to students, she's found that self-control is not enough to get you to do the really hard things. You may be able to resist one cigarette, for example, but you won't be able to quit smoking if you're doing it only because you think you should. That's why her definition of willpower includes not only "I will" power and "I won't" power, but also the crucial motivational component, which she dubs "I want" power.

Seeing her calm, collected self—physically fit, perfectly groomed and unflustered by anything from a wayward projector to an unexpected question from a student—it's hard to imagine that McGonigal has any personal trouble with impulse control. In class, she fesses up mainly to her temptation to shop and a fear of flying (both of which she has ways to overcome). But she says that becoming the self-possessed person she is today was "a major evolution over time." The meditation and mindfulness she's practiced for years—scientifically proven techniques for bolstering self-awareness, reducing stress and giving the brain the respite required for self-control—can help those struggling with issues from food to procrastination, she says. 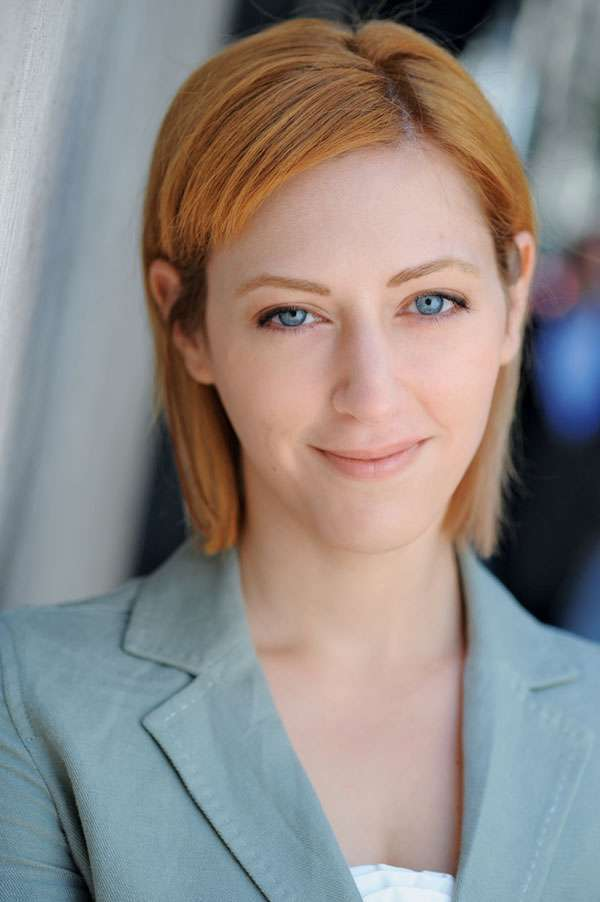 Incredibly, she's still anxious just before she teaches, each time—but she's learned to rise above these feelings. "I use everything that's in the class," she says, particularly the classic "white bear" studies showing that the harder you try to suppress a thought or feeling, the more sway it has. "If you expect these inner experiences to go away before you do what's difficult, like resisting temptations or doing something that makes you nervous, you could be waiting forever."

Yet willpower brings immense benefits. McGonigal shows footage from the famous "marshmallow" experiments by psychologist Walter Mischel (now at Columbia), in which he tested the ability of Bing Nursery School children to delay gratification for the promise of a bigger reward. Preschoolers, who don't know they're being filmed, sit on their hands or shut their eyes to resist grabbing the treat in front of them in favor of two treats later—or give in to temptation seconds after the researcher has left the room. The most startling result of these studies is their ability to predict important real-world outcomes decades later: Kids who were best at controlling their urges at age 4 went on to do better in school and in life than their impulsive classmates, who ended up with higher rates of teen pregnancy and drug abuse.

The class presumes that you can improve your willpower, but the marshmallow studies say nothing about that. Could it be that Mischel's most self-controlled participants may have gone on to perform better in life not because they'd learned tricks like blocking out temptation, but because they had better self-control to begin with? "I actually think there's very little evidence that this stuff is fixed," McGonigal says. By "stuff" she means working memory, attention and all the other underpinnings of controlled behavior. She concedes that some people are born with "gigantic prefrontal cortexes," but that's not the end of the story. "The brain is relatively plastic"—malleable to the influence of our environment and life experience—"and the most plastic regions tend to be most related to stress and self-control."

Marina Krakovsky, '92, is the co-author of Secrets of the Moneylab: How Behavioral Economics Can Improve Your Business (Portfolio/Penguin).

Putting Philosophy to the Test

A new breed of thinkers takes the search for wisdom to the street.