One company’s approach to addressing fire season in California. 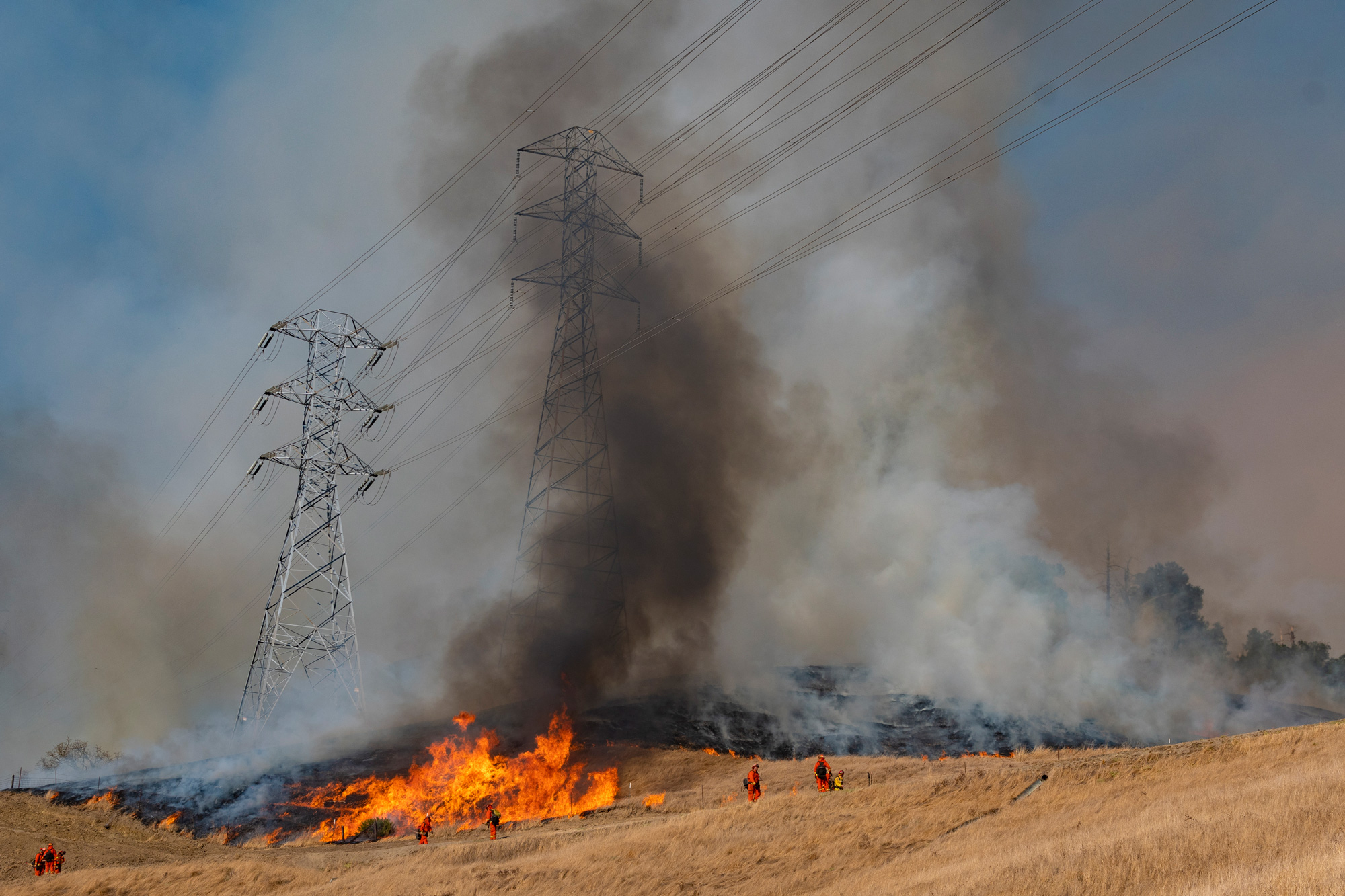 As wildfires continue to blaze through California, frustration and alarm abound. California’s largest utility, Pacific Gas & Electric Co., shut off power to 600,000 customers in late October in its latest bid to reduce the risk that damaged power lines could ignite new fires. In a recent meeting with the state’s Public Utilities Commission, PG&E chief executive Bill Johnson said Californians should expect to see fire-preventing blackouts for the next 10 years, a period of time that Gov. Gavin Newsom called “absurd.”

Stanford recently spoke with Albertoli, the CEO, and Chaudhry, the chief technical officer and chief operations officer, about the current state of power line inspections and the advantages of applying artificial intelligence in this sector.

Stanford: What led you to co-found Buzz Solutions?

Chaudhry: My master’s was in energy engineering related to clean energy renewables. We were using drones to optimize the locations of vertical axis wind turbines and also to inspect them for failures and faults. So I joined this class, now called Venture Creation for the Real Economy, and that’s where I met Kaitlyn. We discussed this idea initially for wind turbines. But then we started reading more and found that the power industry was facing a much bigger issue of their aging infrastructure. We talked to 35 utilities and they all told us that inspection of their critical infrastructure is a big issue. That is where we pivoted from wind turbines to inspecting power lines and critical infrastructure for power companies. 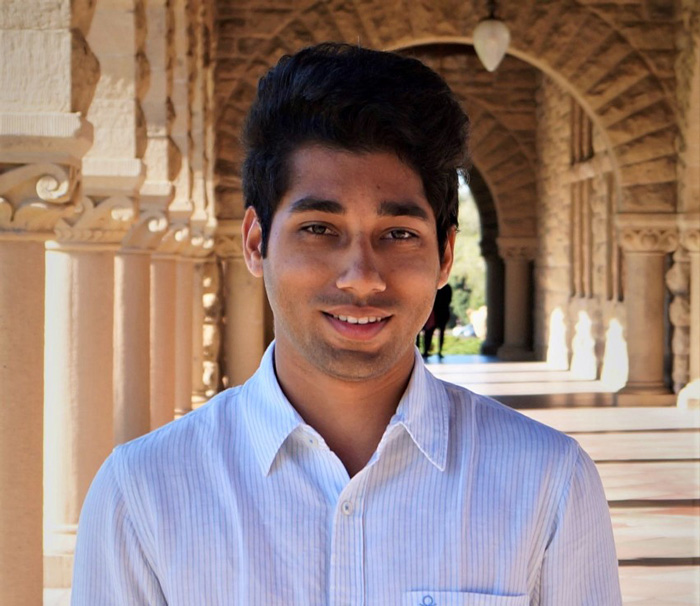 ‘Our vision is a way to safeguard the world’s energy infrastructure, and we do that by using our software, our novel AI technologies and machine vision technologies.’

Tell us more about the problem that Buzz Solutions seeks to address.

Chaudhry: There is a lot of push for using drones and helicopters to inspect critical infrastructure. Right now, [with] all that data that has been collected—images, sensor data—there’s a lot of backend analysis that has to be done. It’s being done manually right now, which takes a lot of time. And in that timeframe a power line goes down [and] a wildfire starts.

Our vision is a way to safeguard the world’s energy infrastructure, and we do that by using our software, our novel AI technologies and machine vision technologies.

How does Buzz Solutions’ technology work?

Chaudhry: Our technology is based on artificial intelligence machine learning. We detect faults on components. The components we are talking about are insulators, conductors, physical hardware on these lines, overheating in the lines. We detect them using machine vision. 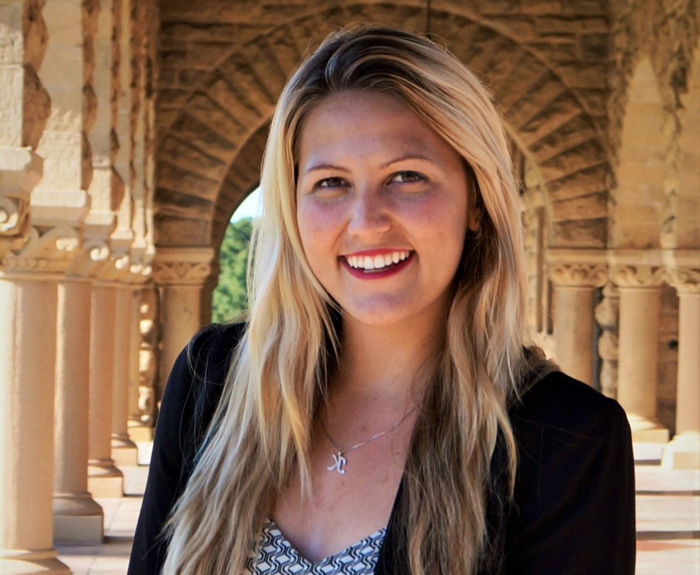 ‘The ability to do more targeted inspections in the future allows utilities to go out and conduct maintenance in a more targeted fashion.’

Currently the industry standard is to check all power lines once per year. In your opinion, what should the standards be to prevent wildfires?

Albertoli: The goal is biannual or quarterly inspections because the change in seasons and the vegetation growth is so different based on different terrain. Utilities that are working with drones may not do a fly-over of all of their lines every year, or two or three times a year, but they will check those hot spot areas a lot more frequently. That’s where the biggest value add is—if you’re checking the areas that have high vegetation growth more frequently or [areas where there are] potentially faulty components. The ability to do more targeted inspections in the future allows utilities to go out and conduct maintenance in a more targeted fashion.

What are the biggest challenges so far with bringing your technology to market?

Albertoli: I think for us it was finding out how to tackle the utility market. That was the biggest challenge that we had early on because of this low utilities sales cycle and slow adoption. We found that by using partners like Google and [AI data analytics company] AutoGrid and then our helicopter and drone inspection companies, we were actually able to shorten the utilities sales cycle to less than six months.

To reduce the need for future shutoffs, PG&E has mentioned “sectionalizing” equipment so it can power down smaller sections of the grid. What other approaches are key to lessening the need for shutoffs? How does your team fit in?

Chaudhry: I would say vegetation management is the key, especially in the dry seasons. If the vegetation is dry and if there is sparking in, for example, a transformer high-voltage line, that’s what sparks a wildfire. Our software has the capability of checking the areas where the vegetation has to be managed.

Another key is actually replacing the physical assets. As I mentioned, there are a lot of assets that have been degraded [that] have been in the field for decades. They are faulty, but the utilities know about them. There we come in and we tell them, “Okay, this is your asset that is faulty. For example, the transformer is corroded or there is leakage and it can cause sparking. You better check that out and replace that before something worse happens.”

Since blackouts affect public safety and the delivery of basic services, how do we move forward and create solutions without relying on power shut-offs?

Albertoli: I think the solution is just to be as proactive as possible on it. It is really hard when you’re looking at such a highly regulated market, but any type of solution that we can implement now or at least start testing now in order to get new technologies to market faster is only going to help this problem.

That, in combination with implementing more innovative technologies and solutions, are two ways that we really see the utility market moving to a better place.