A Matter of Life and Death

Carla Kerr took a controversial right-to-die case all the way to the Supreme Court. Now she awaits the verdict. 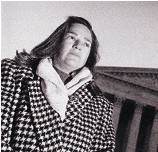 Carla Kerr took a controversial right-to-die case all the way to the Supreme Court. Now she awaits the verdict.

Rita Barrett was being strangled to death by a cancerous tumor that was slowly collapsing her esophagus. In the final stage of her illness, frail but still mentally competent, the 76-year-old retired physical education teacher asked her physician to prescribe a lethal dose of medication. She would administer the drugs herself--she just needed the doctor's assistance in obtaining them.

Her doctor declined. Though sympathetic to his patient's wishes, he knew this aid was illegal in New York. Barrett eventually succumbed to her illness in 1994, but not before she met attorney Carla Kerr, who would team with the elderly cancer victim to challenge New York's law prohibiting physician-assisted suicide.

"Nobody should be able to rule our lives at such a personal and critical time," says Kerr, '83, JD '86, a 35-year-old partner at the New York City law firm Hughes Hubbard & Reed.

Combining the cases of Barrett and two end-stage AIDS patients who were also denied assistance to hasten their deaths, Kerr sued on grounds that the state law was unconstitutional. She lost in federal trial court, but last April an appeals court reversed that decision. A few months later, the U.S. Supreme Court agreed to consider the matter, and in January the New York case, coupled with a similar dispute from the state of Washington, went before the nine justices. The "right to die" emerged as the hottest issue on the High Court docket this term.

For Kerr, who watched her father die of a brain tumor when she was 9, the case has a personal dimension. But she says the issue also has broad significance because it involves a right that "could one day be essential to any of us." Consider, she says, that more than 60 percent of Americans die in hospitals, sometimes after years of treatment by medical experts and high-tech machinery. Rarely are these deaths quick or painless. "We don't just all die in our sleep," she says.

Unlike so many disillusioned corporate lawyers, Kerr is passionate about her work--and not just because of her latest high-profile case. "Law is a lot more fun to practice than people realize," she says.

At Hughes Hubbard, Kerr has established a specialty in what she describes as "discrimination cases that come up in weird contexts." As a Wall Street lawyer, Kerr isn't always on the side of the underdog. She has defended colleges against Title IX lawsuits alleging sex discrimination in athletic programs, and she is currently defending the Boy Scouts of America against a lawsuit by a 12-year-old girl seeking to join the organization.

Kerr traces her interest in discrimination issues to her childhood in Los Angeles. Her mother is Mexican, and the two of them faced some difficult times after her father's death. "We had to learn to be fighters," she says. "I went to law school thinking people needed a certain level of empowering."

It was in fact her familiarity with discrimination issues that led Kerr to develop the novel legal argument that proved successful in the right-to-die case at the 2nd Circuit Court of Appeals in New York. She might have argued that assisted suicide is a fundamental right protected by the Constitution; after all, the 9th Circuit, sitting in San Francisco, had just endorsed that reasoning in the Washington case. But Kerr figured that the more conservative 2nd Circuit would be reluctant to create a broad new liberty for the terminally ill.

So she consulted dozens of doctors in hopes of discovering another approach to the case. From these conversations, Kerr came to believe that removing a patient from a life-support system--which is permissible if performed in accordance with the patient's wishes--is just as "active" a medical intervention as prescribing medication to hasten death.

She learned that before removing the breathing tube from a patient's lungs, a doctor typically administers morphine or barbiturates to reduce the sensation of suffocation. In fact, these medications are often used in doses that contribute to the patient's death by suppressing the impulse to breathe.

Armed with this knowledge, Kerr designed an argument based on the Equal Protection Clause of the 14th Amendment to the Constitution. Prohibiting assisted suicide, she contended, denies patients who are not on life support the same "right to die" that has been recognized for patients attached to a machine.

The 2nd Circuit sided with Kerr, agreeing that there was no rational basis for the unequal treatment of these two categories of terminally ill patients. The three-judge panel also indicated that government ought to stay out of such private affairs. "What interest can the state possibly have in requiring the prolongation of a life that is all but ended?" the judges asked. "And what business is it of the state to require the continuation of agony when the result is imminent and inevitable?"

The 2nd Circuit ruling, and the Supreme Court's decision to hear the case, sparked what Kerr describes as a "media onslaught that I could not possibly have foreseen." Kerr has done interviews with a dozen print journalists plus television reporters from NBC, Court TV, CNBC and three New York City network affiliates. The glitz of TV hasn't rubbed off on the low-key attorney. She laughs about being prepped with heavy television makeup for one show: "I felt like the Whore of Babylon."

Kerr says the media coverage has been a "two-edged sword--it's good for raising awareness, which we want to do, but there is some sensationalism as well. You tend to get Kevorkianized."

Kerr and her colleagues are eager to distance themselves from the notorious Dr. Jack Kevorkian, who they believe has set back the right-to-die movement by assisting in the deaths of individuals he had not previously treated. Kerr fears that Kevorkian's fanaticism and hunger for publicity gives credence to the argument that legalizing physician-assisted suicide would lead to a variety of abuses and a loss of respect for doctors. "We've been in a constant battle to set up a contrast with Kevorkian," she says. "This is no circus."

The case has raised complex ethical and policy issues about not just the rights of terminally ill patients but the proper role of doctors and the need to protect vulnerable patients. In a brief submitted to the Supreme Court, the American Medical Association argued that the prohibition against doctor-assisted suicide is a cornerstone of medical ethics. According to the brief, "Its roots are as ancient as the Hippocratic Oath that a physician 'will neither give a deadly drug to anybody if asked for it, nor . . . make a suggestion to this effect.'"

The appeals court heard this argument and rejected it. The judges found that "physicians do not fulfill the role of 'killer' by prescribing drugs to hasten death any more than they do by disconnecting life-support systems."

A fair number of doctors appear to agree--quietly--with this view. Despite the AMA's position on the issue, and despite laws prohibiting the practice, surveys indicate that many doctors have actively helped end a patient's life. "The medical profession is less than candid" about the frequency with which such assistance occurs, says Harvard constitutional scholar Laurence Tribe, an experienced Supreme Court litigator who was brought in to argue Kerr's case before the nine justices.

Bioethicists are divided on the issue, though many argue that equating assisted suicide with withdrawal of life support is inappropriate. "Intention is crucial," says Barbara Koenig, executive director of Stanford's Center for Biomedical Ethics. "The intention of giving morphine [when removing life support] is not to end a life; it's to aid a person who's dying, to make them more comfortable. This is totally different than giving large doses of morphine to end a life."

Other critics worry about a gradual slide toward euthanasia. They caution against unscrupulous doctors, insurers and relatives who might pressure the terminally ill to choose suicide in order to save money.

Kerr foresees a range of safeguards to prevent such abuses. Among the possible protections: The patient would have to be certified by a second doctor as terminally ill and mentally competent, and a waiting period would be required to ensure that the patient had thoroughly considered the decision.

But before the public debate about safeguards occurs, the Supreme Court will hand down its decision, probably by July. Given the skeptical comments by the justices at the January argument--and the Rehnquist Court's general reluctance to recognize new rights--most court analysts doubt they will find a right to die in the Constitution." We should consider it a victory if there is widespread debate and if people see this as an issue that doesn't just affect other people," Kerr says.

Recalling Rita Barrett and also her father, she adds, "The issue is whether people should be allowed to die with dignity."

Live from the Locker Room