During her more than four decades as a law professor at Stanford, Deborah Rhode promoted an idea of radical simplicity: that the law’s purpose is to advance justice and to serve the public interest. 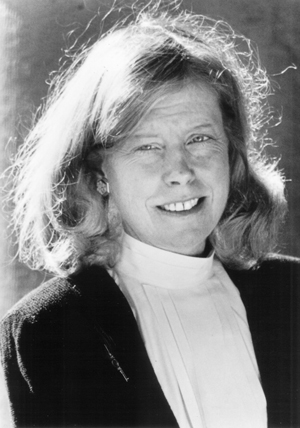 Deborah L. Rhode, the Ernest W. McFarland Professor of Law and the founder and director of the Center on the Legal Profession, died January 8 at her home on the Stanford campus. She was 68.

As a law student at Yale in the mid-1970s, interning at a legal aid clinic, Rhode saw through the smoke screen of high fees and bar association protectionism that kept low-income women from obtaining uncontested divorces. She and colleagues were quick to act, issuing a how-to kit that prompted local lawyers to threaten to sue for unauthorized practice of law. Rhode, along with her classmate and future husband, Ralph Cavanagh, nailed the ethical implications in an article for the Yale Law Journal that attacked lawyers’ justifications for challenging do-it-yourself alternatives.

Gender bias and professional injustice were topics she’d return to in law school classrooms, a series of articles and more than 30 books, including The Trouble with Lawyers and The Beauty Bias: The Injustice of Appearance in Life and Law. A new book, titled Ambition, is scheduled for publication later this year.

After clerking for Supreme Court Justice Thurgood Marshall, Rhode joined the Stanford Law School faculty in 1979, when she was 27. Determined to explore issues of gender and bias despite the potential professional risks, she would eventually be hailed as a pioneer—becoming only the second female law professor at Stanford granted tenure.

Regardless of the course name, Rhode kept her focus on law’s larger purpose. Class discussions ranged widely as she urged students to ask hard questions about the profession, equity, leadership and power. Her favorite baseball cap admonished, “Watch what you say, I might put it in my book.” In her Lawyers and Leadership course, she brought in luminaries like Condoleezza Rice.

“Deborah Rhode was a force,” says Rice, the former secretary of state and Stanford provost who now directs the Hoover Institution. “I was honored to work with her in the classroom.” Adds former Law School dean Kathleen Sullivan, “Deborah believed deeply in the capacity of lawyers to do good and modeled that goodness in all she did.”

At a January 18 virtual memorial, Cavanagh quoted a passage from his wife’s final book: “Ultimate fulfillment comes from a sense of remaining true to core ideals and principles, and of using life for something of value that outlasts it.”

In addition to her husband, Rhode is survived by her sister, Christine, and eight nieces and nephews.