A Cannon for Oncologists

Radiologist Henry Kaplan became a rare conqueror in the history of cancer.

Seven-month-old Gordon Isaacs had a cherubic face. His pediatrician said he was fine. But when Helen Isaacs looked deeply into her son's eyes that fall in 1955, she still sensed that something was wrong. Riffling through the Yellow Pages, she found a San Rafael ophthalmologist who confirmed her worst fears. The baby had bilateral retinoblastomas, malignant tumors in both eyes.

The life-saving treatment options were frightening. Baby Gordon's eyes could be surgically removed. He could have one removed and the other treated with standard cobalt radiation—a scattershot approach that often did more harm than good. Or his mother could take him to Stanford Medical School, then in San Francisco, where Dr. Henry Seymour Kaplan was experimenting with a new procedure. 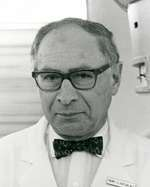 As Stanford oncologist Charlotte DeCroes Jacobs writes in Henry Kaplan and the Story of Hodgkin's Disease (Stanford University Press, 2010), for several years Kaplan had been collaborating with Professor Edward L. Ginzton, director of Stanford's Microwave Laboratory, on a cutting-edge tool: a compact medical linear accelerator that perhaps could kill deep-seated tumors while minimizing damage to normal tissues. As Kaplan told Gordon's anxious mother, the 6-million-volt device was the first in the Western Hemisphere. It had never been used on a real patient. Treatment would require six weeks of hospitalization, plus daily anesthesia to immobilize the child. Nevertheless she jumped at the chance.

The accelerator performed exactly as Kaplan hoped, saving the child's vision and his life. Thereafter Kaplan turned it on all kinds of cancers, particularly Hodgkin's disease. The results were striking. Once a virtual death sentence, Hodgkin's today is considered to be one of the most curable forms of cancer, with more than 90 percent of patients diagnosed under the age of 45 surviving five years or more.

While headlines heralded Kaplan's miraculous "cancer killing cannon," his fellow radiologists had reservations about the powerful, expensive new device—and about the man himself.

His combative personality didn't help. "I knew what an incredible physician he was and how he had a soft spot in his heart for patients," says biographer Jacobs, a professor emerita in the School of Medicine who worked with Kaplan while she was a young oncologist at Stanford in the late 1970s and early 1980s. "I also knew of his terrible disagreements and fights with people. He was somebody who had blinders on and just charged ahead. He didn't take time to tend people along the way."

Kaplan learned to be tough growing up in Chicago in the 1920s. The grandson of Ukrainian Jewish immigrants, he was born with two enlarged fingers on his right hand and some enlarged toes on his left foot. His dentist father died of lung cancer when the boy was just 16, leaving the family nearly destitute. But Henry Kaplan was such a gifted and tenacious student that he graduated early from the University of Chicago and entered Rush Medical College at 19. He continued his radiology training at the University of Minnesota, then joined the faculty at Yale, where he treated patients and set up a lab to study radiation-induced leukemias and lymphomas in mice.

When the dean of Stanford School of Medicine recruited the rising young star to chair his department of radiology in 1948, Kaplan hesitated. Stanford's program was not well-known or even academically oriented; its dilapidated Pacific Heights clinic had only three primitive diagnostic X-ray machines.

After Kaplan arrived, many of the older community physicians were put off by his aggressive style. Yet they could not deny his 24/7 work ethic, or his dedication. Every patient death spurred him to work harder, to the point where he sometimes neglected his own son and daughter. As his widow, Leah, recalled, "He told me he felt like Captain Ahab. Cancer was his Moby Dick."

Kaplan's greatest obsession was his fight against Hodgkin's disease, a cancer of the lymph nodes that tends to strike young adults. In the early 1960s most specialists treated it with low doses of radiation to small areas of the body. But through meticulous clinical trials, Kaplan and colleague Saul Rosenberg demonstrated a much higher success rate when they delivered high-dose radiation to all lymph node groups in the body. When radiation was combined with chemotherapy, the success rate was higher still. "Their strong multidisciplinary approach became a model at cancer centers across the United States," Jacobs notes. "If you look at centers around the country, many of the leaders are their trainees who have then gone on to train another generation." 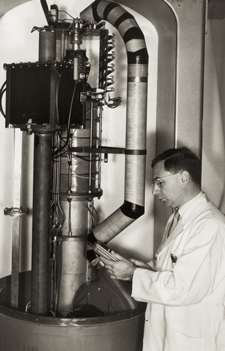 Toward the end of his life, Kaplan increasingly butted heads with Stanford deans over budgets and administrative issues. The low point came in 1972, when a faculty committee applied for federal funds to make Stanford an officially sponsored center of the National Cancer Institute and Kaplan was not to be the principal investigator. "He had so many enemies at that point that they did not want him in control," Jacobs explains. "He essentially walked away from it, and Stanford did not become an NCI-sponsored cancer center until just a few years ago."

One group that never turned on Kaplan was his former patients. Of all the survivors Jacobs contacted, not one turned down her request for an interview, and many more volunteered without being asked. "The thing that came across with every single one of them was what a gentle, caring, loving physician he was," she recalls. "Many said the exact same thing to me: 'When he was in the room with me, I was the only person in the world.' They could hear pages going off, knocks on the door, and he was totally focused on them." After his death, Leah pulled out box after box of their thank-you letters, Christmas cards, wedding announcements and photographs of children born after therapy. The famously combative physician had kept them all.

Theresa Johnston, '83, is a frequent contributor to Stanford.

A Breakthrough in Cell Control

Bioengineers make RNA devices that one day could detect and attack disease.

Sometimes the faculty just want to rock all night.

Film holds a mirror up to the media's misogyny.